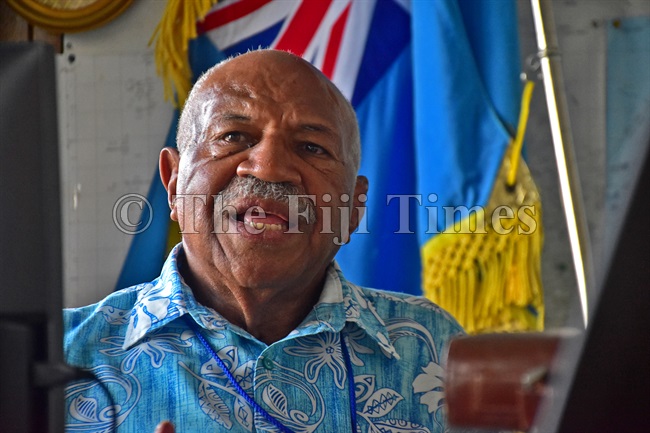 I am the leader because I formed this party.

This was the response from People’s Alliance party leader Sitiveni Rabuka when quizzed about whether he was willing to render the party’s leadership role to another member, given his history as a coup leader.

“You can take it from me, the Rabuka of then has gone, he is remade as the man before you today,” the former prime minister and Opposition leader said.

“When the party is handed over to the people at the first convention, that is when they will elect the leader.”

Mr Rabuka said he was confident of the party’s preparations for next year’s general election.

“I would not be in it if I did not have the confidence.

“I am in here because I feel and believe that the country needs a change and a lot of people are there and they believe that we need a change.

“I am available to take them through the election process for that change. I am confident.”