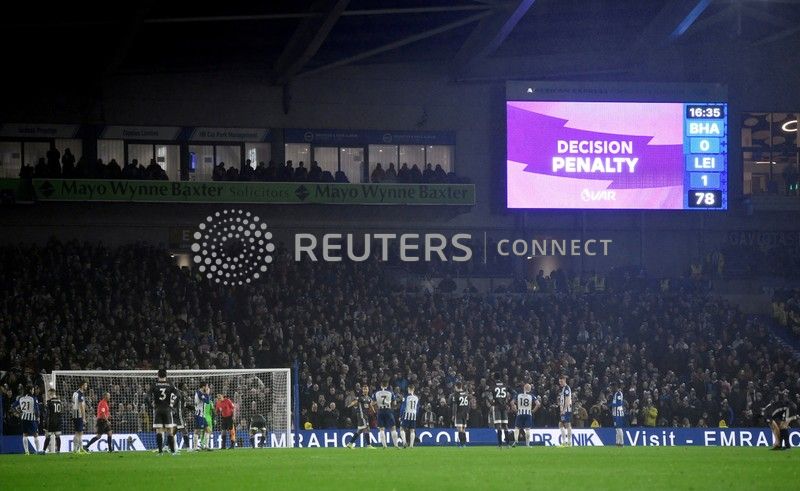 (Reuters) – World soccer’s lawmaking body IFAB will discuss topics ranging from the use of the Video Assistant Referee (VAR) and player concussion management to proposed law changes at its annual business meeting in Belfast on Dec. 3, it said on Wednesday.

Topics can then be put before its Feb. 29 Annual General Meeting where any changes to the laws of the game are agreed.

IFAB confirmed it would also discuss concussion protocols after British media reported on Wednesday that temporary substitutions could be introduced at Euro 2020.

IFAB said no decision had been taken on that matter yet.

“Feedback from The IFAB advisory panels will help the deliberations on a number of topics at the meeting, including proposed law changes for 2020/2021 as well as updates on the use of Video Assistant Referees (VARs),” it said in a statement https://www.theifab.com/news/agenda-of-the-2019-annual-business-meeting-of-the-ifab-confirmed.

“The board will also continue the debate which started during the advisory panel meeting in October on concussion assessment and management during matches at different levels of the game will be discussed.

“Additionally, consideration will be given to how the laws can continue to improve player behaviour and increase respect on the field of play, a topic which is regularly raised by the football public.”

VAR, in particular, has received widespread criticism from fans and pundits alike, especially in the English Premier League where the technology is being used for the first time this term.

VAR and its implementation was discussed at length during a Premier League shareholders meeting earlier this month when chief referee Mike Riley accepted that “improvement is required” in terms of decision-making speed and consistency.

One of the biggest criticisms has been the lack of information on the decision-making process being provided to fans at the stadiums since replays cannot be shown on the big screens until a final decision is made.