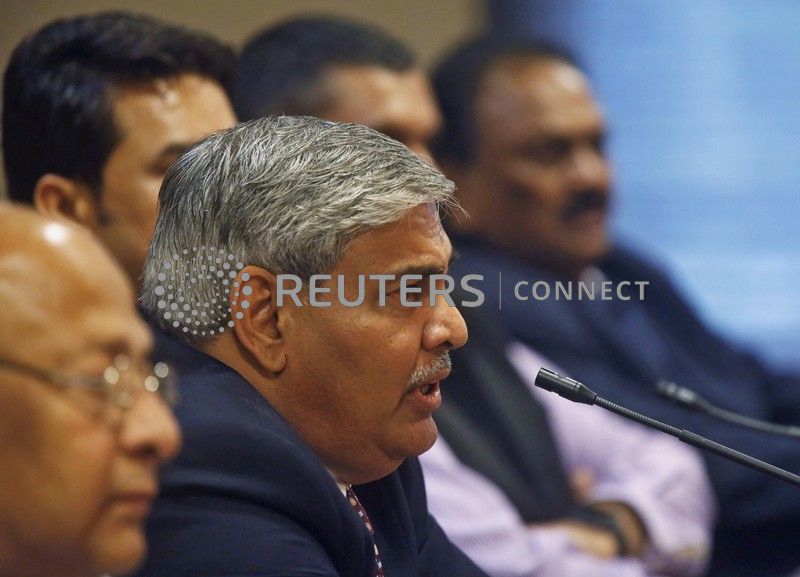 FILE PHOTO: Shashank Manohar, newly-elected president of Board of Control for Cricket in India (BCCI), speaks during a news conference in Mumbai October 4, 2015. REUTERS/Shailesh Andrade

(Reuters) – Zimbabwe were suspended from the International Cricket Council (ICC) on Thursday, with the world governing body saying the country’s cricket administration was not free from government interference.

“We do not take the decision to suspend a Member lightly, but we must keep our sport free from political interference,” ICC chairman Shashank Manohar said in a statement https://www.icc-cricket.com/media-releases/1288479.

“What has happened in Zimbabwe is a serious breach of the ICC Constitution and we cannot allow it to continue unchecked.”

Zimbabwe’s Sports and Recreation Commission (SRC) suspended ZC last month, putting the national cricket board on a collision course with the ICC.

Zimbabwe failed to qualify for the recent 50-overs World Cup, having struggled to schedule matches against the major teams in international cricket as their financial position worsened.

The country first became a full ICC member in 1992 and enjoyed an impressive run at the 1999 World Cup, narrowly missing out on a semi-final spot.