I will withdraw nomination if implicated: Marape 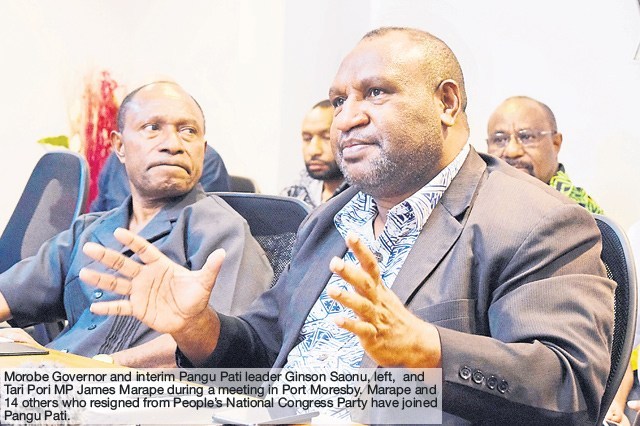 PORT MORESBY, 21 MAY 2019 (THE NATIONAL) – Tari-Pori MP James Marape says he will withdraw his nomination for the prime minister’s post if implicated in the securing of a K3 billion loan (approx US$889.5 million) while he was finance minister.

The Ombudsman Commission in Papua New Guinea had investigated whether the Government followed due process in the securing of the loan from the United Bank of Switzerland in 2014 to buy Oil Search shares.

Its report which is yet to be tabled in Parliament was leaked to the public on Wednesday.

Marape, who was finance minister at the time is understood to be one of those implicated. He said if there was anything wrong he did, he would allow the law to take its course.

He said the report should be tabled in Parliament for all to see.

“My recommendation is to table the report. If it is found that is it improper to be an alternative prime minister because I’m heavily implicated, then I will step aside.”

He said there were equally capable candidates in the Opposition for the post.