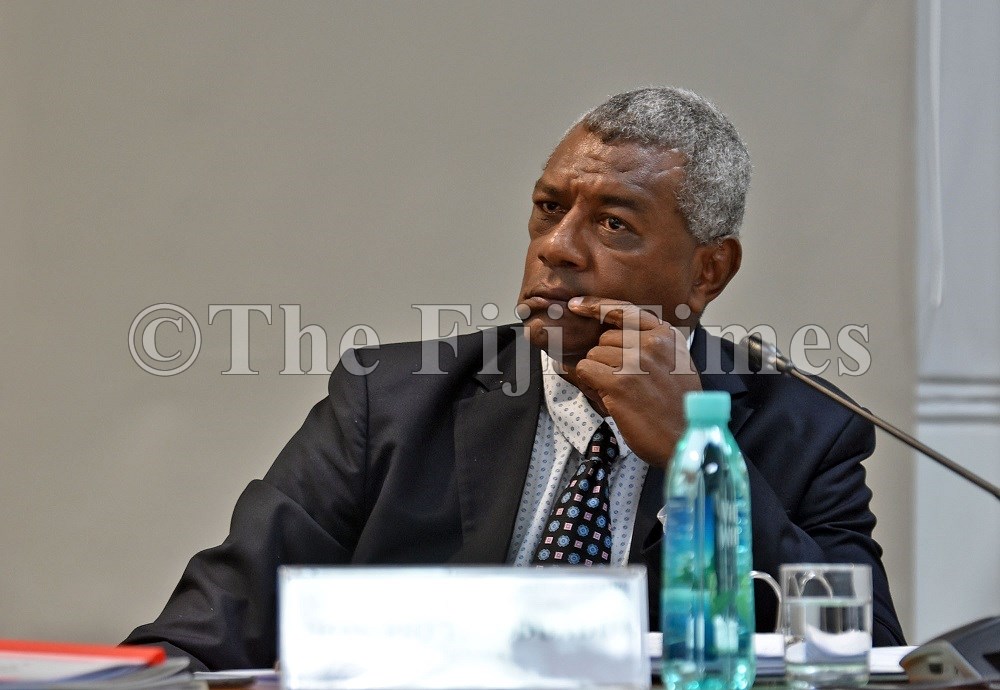 Opposition member of Parliament Pio Tikoduadua listens to submissions during the parliamentary Standing Committee on Foreign Affairs and Defence meeting at the Parliament complex in Suva yesterday. Picture: JONACANI LALAKOBAU

OPPOSITION MP Pio Tikoduadua is adamant a decision he made last year that led to his suspension from Parliament, was “the right one”.

The National Federation Party (NFP) politician resumed parliamentary duties yesterday and was part of the Standing Committee on Foreign Affairs and Defence proceedings.

Mr Tikoduadua said he would continue to fight for the people who voted him into Parliament.

“The suspension is over and the expectations from me is that I will continue the work I was doing before I got suspended from Parliament,” he said.

“I will continue to ask the hard questions and keep Government in check. I am not really here to please anybody. I have rededicated myself to the work I was doing for the people who voted for me.

“I will continue to fight for the people without fear or favour, but with more conviction this time.”

“I have no regrets, I got suspended because I didn’t apologise and I maintain that.

“It’s just the fact that I was not able to contribute to Parliament during the time I was suspended. But I had the chance to meet the people here in Fiji and overseas.

“I was very encouraged by the reaction of the people, in terms of the decision that I took and also the party for standing by me, to maintain my honour, integrity. I’ve had more supporters than ever before. They have stood with me and I also continue to stand with them.”