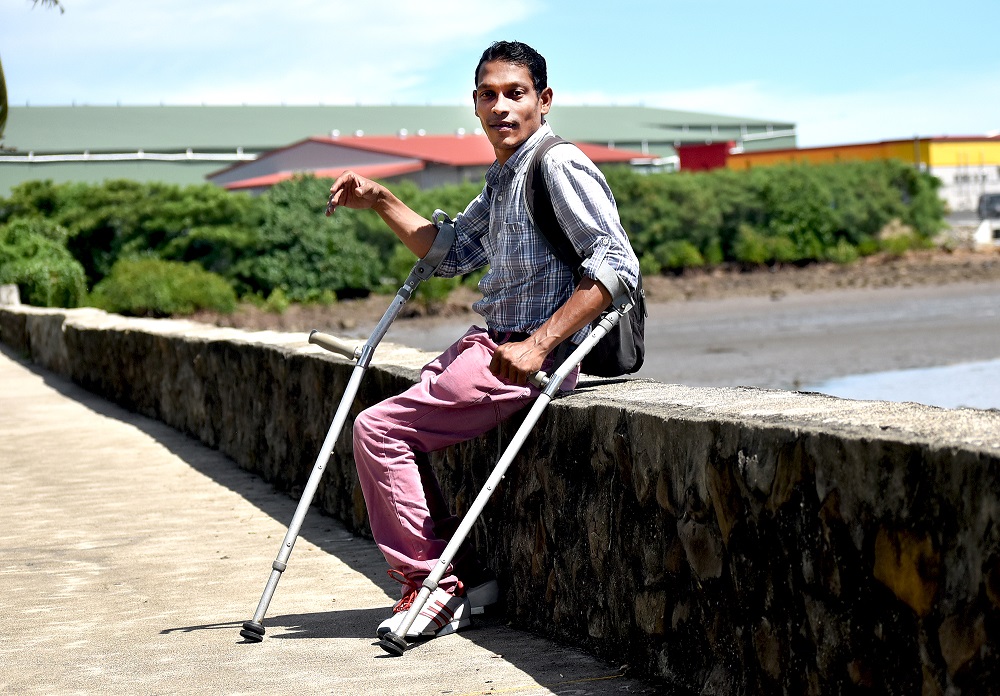 IMRAN Hussain is worried about imposters taking advantage of his medical condition to earn money.

The Lautoka man has suffered from cerebral palsy — a permanent movement disorder — from birth and has undergone nine surgeries since childhood.

While conducting a street collection to raise money for surgery in Ba last month, he claims he was approached by two young men who photocopied his financial assistance letter with the promise to give him the funds raised on his behalf.

Since then, he has never seen them again.

Mr Hussain, 34, is hoping to raise enough to have his 10th surgery in two months time.

“This is why I move around daily to ask people for their support.

“I believe I will reach this target but I am just worried about how people are trying to take advantage of people like me to earn money. It is sad.”

Every day, the Waiyavi man braves the scorching Lautoka sun to do his daily collection.

He prefers walking with the assistance of his crutches because moving around in a car would be costly.

Mr Hussain believes life is about facing up to any challenge despite the physical difficulties one may have.

His last surgery was in 2003 in Hawaii and the 10th one will be at the MIOT Pacific Hospitals in Suva.