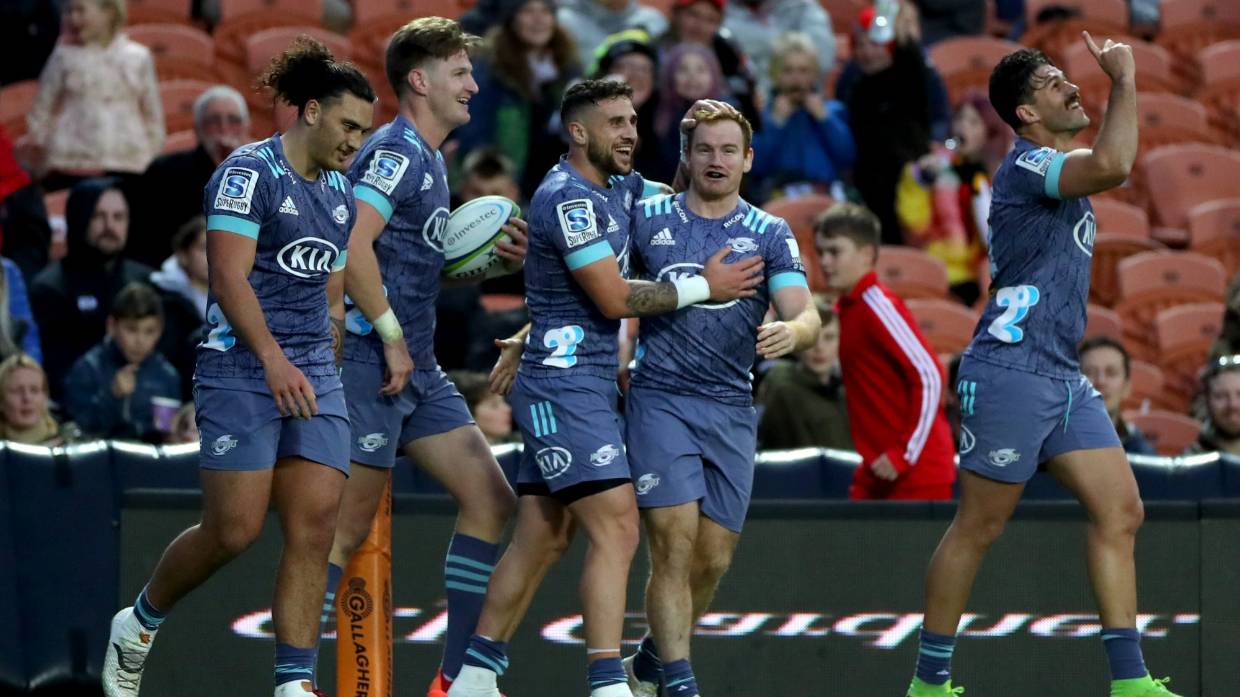 The Hurricanes notched their first win of Super Rugby Aotearoa by taking down the Chiefs in Hamilton. GETTY-IMAGES

The Hurricanes are praising an improved attitude for their crucial Super Rugby Aotearoa win over the Chiefs, as another vital match stares them in the face this weekend.

After being well outplayed in a 30-20 loss to the Blues and then a 39-25 defeat to the Crusaders over the first two rounds, the men from the capital came out of their bye to find themselves in a dance of the desperates in Hamilton on Sunday.

But after getting their rock and roll shoes on, and their intensity ratcheted up, their 25-18 victory has kept them in with a shot in this all-Kiwi competition, as the 0-4 Chiefs now fall from contention.

“And the key was going back to how we perform, what the key things are to let us get victories. And I think we nailed a lot of that, a lot of it was around a bit of attitude and a bit of ticker from the boys.”

Co-captain TJ Perenara admitted it was a relief for the Canes to finally find their first competition points, in what is a brutal and unforgiving eight-derby format.

“Yeah, 100 per cent,” he said. “We thought we’d been playing some good footy those first couple of weeks, except for patches of games where we’d go away for 10 minutes or something and teams would score two tries on us.

“It gives us a really good opportunity to go forward next week and put another good performance in and put us back in this competition in a really strong way.”

The Hurricanes sit fourth on the ladder, on four points, and now face another huge game, against the Highlanders in Wellington on Sunday, as the southerners, who lost 40-20 to the Crusaders in Dunedin on Saturday night, also have a 1-2 record.

The Highlanders sit in third place on five points, with the Crusaders (14) and Blues (12) out in front, and to meet in Christchurch on Saturday night.

Call it a virtual playoff game, then, as the loser of the Hurricanes-Highlanders clash can almost join the Chiefs in being toast.

The Canes will go into it with plenty of confidence from their defensive performance at FMG Stadium Waikato, forced to defend for long periods, particularly in the second half, but only missing 18 of their 181 tackles, compared with the Chiefs’ 26 of 121.

“Massive,” Holland said of their effort without the ball, again pinpointing their frame of mind. “I know the boys have worked hard in a couple of key areas for the last 10 days since we had the bye, and that’s been one area.

“The attitude, the ability to get off the line and put some physical shots on is massive, and stop what the Chiefs were trying to achieve a lot of the time.”

Blindside flanker Reed Prinsep notched a hefty 21 tackles on his own and seven others also hit double figures as the Hurricanes hung on for 25 minutes a man down, after Scott Scrafton’s sin bin, then second yellow card which equated to red.

“It was tough,” Perenara said of defending a player short. “It’s hard to hang on in games with 15 men against a quality side like that. So for us playing with 14, it’s always hard. The boys stepped up. I think a lot of our credit’s got to go to our backfield, they did a lot of good work… to allow us to be really strong on the frontfield.”

Perenara labelled the return of fullback Jordie Barrett as “crucial” for the side, with his kicking from both tee and hand, his ability to run the ball and his general organisation, while Holland can also see plenty of improvement on offer for the team’s offence.

“We’ve got a lot of scope to get a lot better, I think. We’ve got to nail a few more opportunities. I said to the boys ‘I reckon you’ve got to score 30 points to win these games’, and we’ve got to be a little bit more accurate to do that.

“But I can’t fault the effort, the way we trained this week and the way the boys came together there was awesome. So we can build from here nicely.”

Holland confirmed the sole injury worry out of the game was prop Fraser Armstrong, who lasted only 20 minutes due to what he believed was a knee issue.