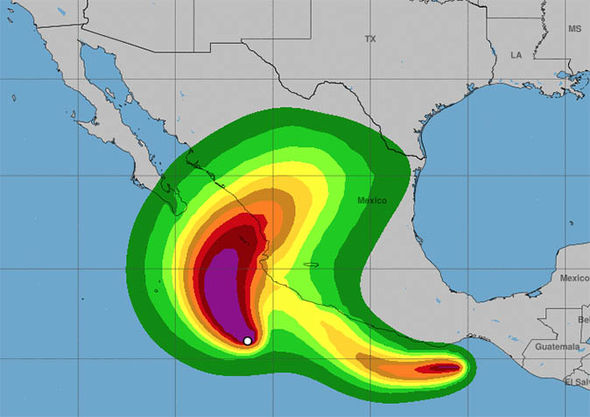 The Category 3 hurricane had maximum sustained winds of about 115 miles per hour (185 km), and additional strengthening is expected over the next day, according to the NHC.

The Miami-based forecaster said Willa was expected to become a dangerous Category 4 hurricane on the 5-step Saffir-Simpson scale by Sunday night or Monday.

By Sunday afternoon, the storm was located about 250 miles (402 km) southwest of Cabo Corrientes, on the coast of Jalisco state.

The hurricane center forecast total rainfall of 5 inches to 10 inches (12.5 cm to 25.4 cm) across stretches of Jalisco, Nayarit and Sinaloa states that “would cause life-threatening flash flooding and landslides.”

and the center of the storm would likely “remain just offshore or near the southern coast of Mexico through Tuesday morning,” according to the NHC.