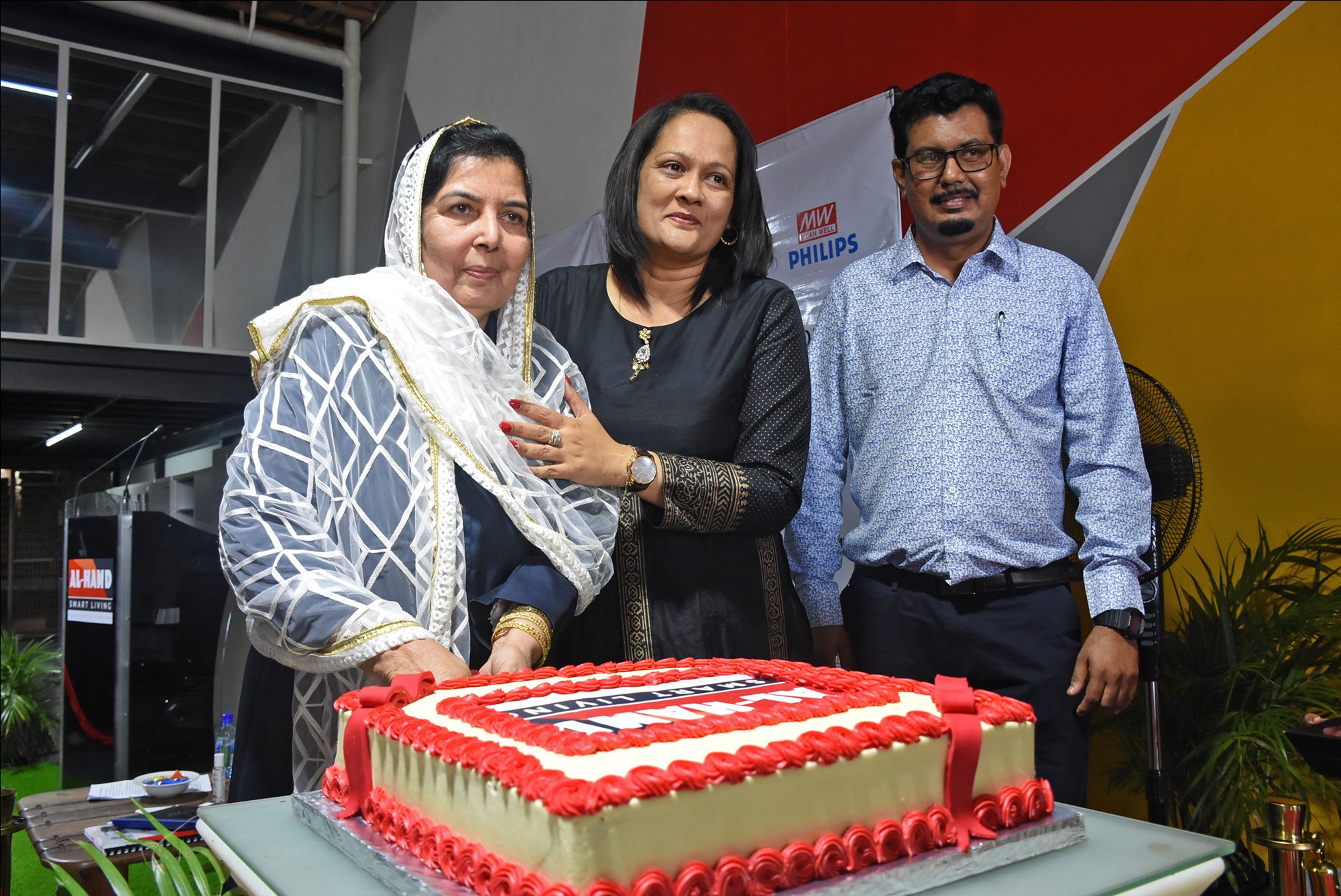 One of the country’s largest distributors of office and school equipment, Al-Hamd Smart Living, has cemented its place in Fiji’s business landscape.

The Nadi-based company is run by managing director Ashfaaq Ahmad Khan and matriarch Shamshad Begum, who is also a director of the company.

Recalling the family’s humble beginnings, Mr Khan said his family had set up businesses in Sigatoka, Nadi and Lautoka before branching out to Vanua Levu.

“Our history in Fiji began in 1883 with the arrival of my great-grandfather, Rahmatullah Khan, from the North West Frontier region near Afghanistan,” he said.

“After serving the girmit, he moved with his family to Maro in Sigatoka and bought the entire 3500 acres of land called Maro.”

After settling into his new life, the patriarch started a school where education was a priority for the family. “Later, his six sons built Rahmatullah Khan Memorial School in his memory, which has been helping to serve the educational needs of Maro region for the last 70 years.”

The school is located four kilometres from the Queens highway in the Nadroga- Navosa district and is a 30-minute drive from Sigatoka Town.

Mr Khan said after the school was built, his grandfather, Mohammed Eshaq Khan, headed a company called M E Khan and Co in 1939 with his three brothers.

“They established a power station which supplied power to the Nadi township. “Their successful electricity undertaking contributed much to the growth of businesses and to the development of Nadi and its surroundings.

“Nadi became a town of choice for many. “The electricity business, which they had operated for 30 years, was bought by the Fiji Electricity Authority in August of 1969.

“Their distribution lines, along with their customers, were seamlessly absorbed into the then FEA network.

“No doubt, Nadi, today, owes much to their dedication, sacrifices and contribution as it now prepares itself to become the third city of Fiji.”

He said the company had since continued with the same tradition of dedication and sacrifice of their ancestors who pushed forward with firm faith that Fiji offered opportunities for growth of its people who had a positive attitude and vision.

“With the help and guidance of my parents, Al-Hamd continued to progress rapidly as my late father was a master of all trades.

“He achieved his education from the then Derrick Technical Institute which is now the Fiji National University.

“The inception of our own family business started in 1965 with the furniture and joinery shop known as Modern Furniture in Nadi.

“I joined my late dear father, Mohammed Azmatullah Khan, after completing my education.”

He said his father was an inspirational figure in his life and a businessman that believed in good customer relationships.

“He was a perfectionist who had mastered an art in his joinery work and had a keen eye for detail.

“His advice to his staff was ‘if it’s not perfect, pull it out’. “He valued customer relationship as well as his staff and was much sought-after by the shopkeepers in town to do all their furniture and shop display cabinets.”

He explained that Al-Ahmad Smart Living was a testament to their family’s success. “Al-Hamd Smart Living initially opened its first shop in Nadi Town in December 2012.

“It started as Al-Hamd Enterprises with only a few family members as staff. “While our core business is still around furniture, as our local furniture factory still makes furniture to specification, we have also diversified our range to include school desks and chairs, office chairs, metal office furniture, workstations, office and conference tables.

“Our range of goods is sourced from certified and reputable international manufactures.

“Another area of our growth is the sale of a range of residential and commercial LED light fittings as well as solar light fittings.

“Use of LED and solar light fittings is most appropriate and should be encouraged in today’s context when everyone is responsible for reducing the impact of carbon emissions.

“Another area of growth for us is the sale of marquees and children’s play centres, et cetera.

“We have maintained the same philosophy of customer care and quality for all our products.

“Satisfied customers have built our business.” Mr Khan reflected their success was also because of their faith.

“The holy prophet of Islam, Hazrat Muhammad, has advised us that ‘if the resurrection were established upon one of you while he has in his hand a sapling, then let him plant it’.

“Those who accept no defeat and have firm faith in the future, take this as a challenge and see many opportunities ahead.

“Already, many businesses have come up with new and innovative ways to survive and grow their businesses and maintain the livelihoods of their employees, despite all the obstacles and negative indicators.”