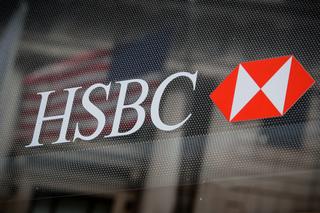 Citing the low interest rate environment and tough market conditions, HSBC abandoned its long-term profitability goal of achieving a return on tangible equity of 10 to 12%, and said instead it will target 10% over the medium term.

The moves by Europe’s biggest bank underlined the tough outlook for the banking sector as low interest rates worldwide take their toll, even as a global markets rally boosted the prospects for the wealth management business.

The margin pressure and mounting losses in Europe have forced HSBC to redouble its focus on Asia which accounted for 146% of its profit in 2020, as executives look for fresh growth drivers.

The bank said it would pay a dividend of $0.15 a share in cash, the first payout announced since October 2019, after the Bank of England blocked all big lenders from paying dividends or buying back shares in 2020 to conserve capital.

However, it said it would stop the previous practice of paying a quarterly dividend, and target a payout ratio of between 40% and 55% of reported earnings per ordinary share from 2022 onwards, well below the level in recent years.

HSBC also said it will make hefty cuts to some of its back office functions such as technology and operations, without specifying the number of jobs affected. The lender cut 11,000 jobs in 2020 and had signalled it would make further reductions.

The announcement came as HSBC reported a 34% drop in annual profit, slightly better than expectations, after a year in which its global business took a hefty blow from the pandemic and reeled under sharply lower interest rates.

Europe’s biggest bank by assets reported profit before tax of $8.78 billion for 2020, down from $13.35 billion a year earlier. The profit was higher than the $8.33 billion average of analysts’ estimates compiled by the bank.

HSBC Hong Kong shares rose by as much as 6% on resumption of trade after the lunchtime break, extending earlier gains. The benchmark rose 1.9%.