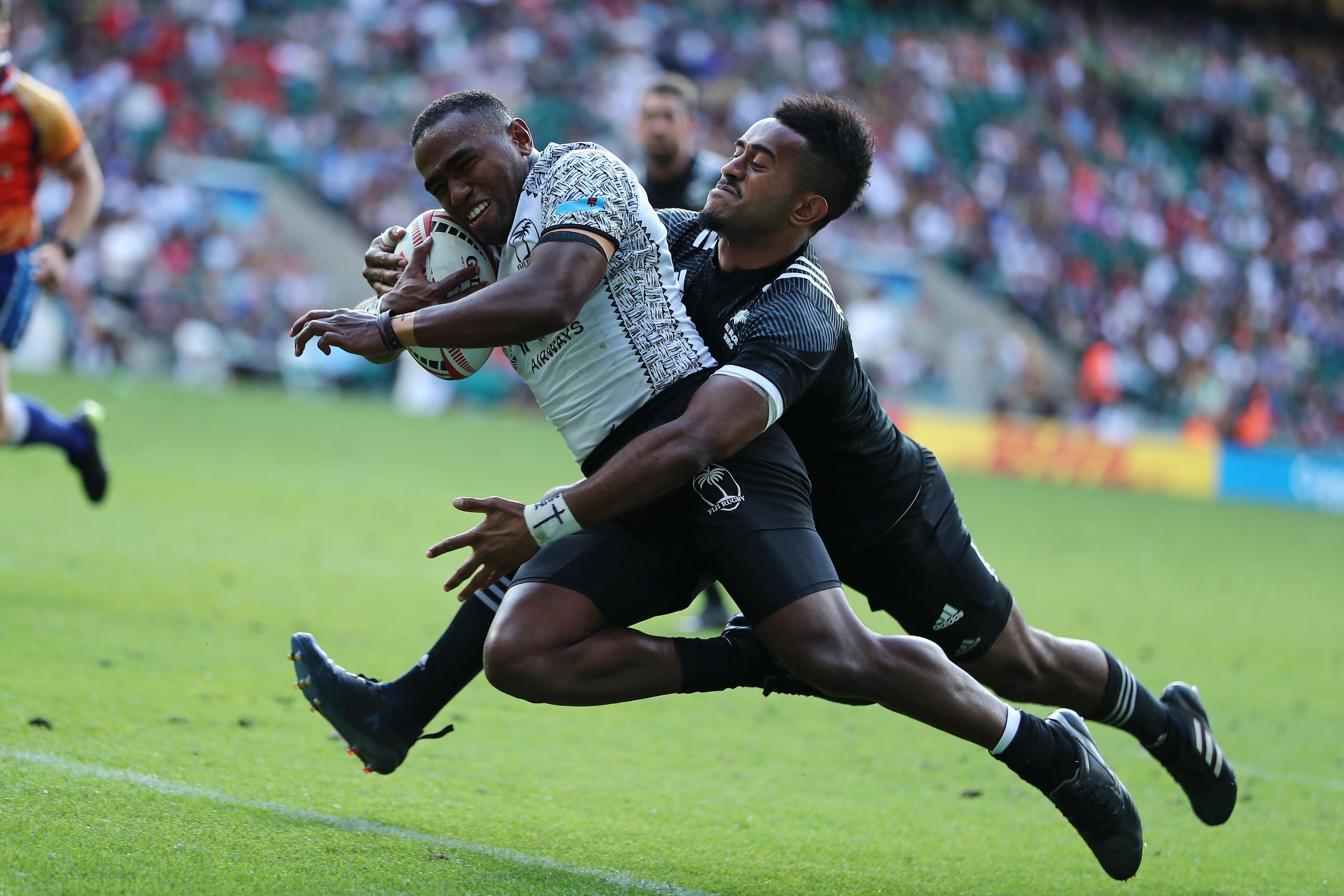 Waisea Nacuqu in action for Fiji against New Zealand during pool play of the HSBC London 7s. Fiji will play South Africa in the final. Picture:WORLD RUGBY

FIJI Airways 7s could finally end the six drought at Twickenham Stadium if it defeats South Africa in the final to be held at 4.57am Fiji time.

Leading the points series at 145 points, Fiji is the only team undefeated at the tournament.

South Africa at second place with 141 points earlier suffered a loss in pool play against Samoa.

Fiji has remained undefeated after 25 matches in the series, the best a Fijian team has ever done in a world series.

Fiji needs to at least win one and be runner up in the other.

Meanwhile, rugby pundits have been awed by Fiji’s offloads at Twickenham some describing it as ridiculous and out of this world.

And if there was a way to stop Fiji it was to stop their offloads.

Former Sevens coach Ben Ryan was interviewed after Fiji’s semi final match and said Fiji was unstoppable at the moment and was literally on fire.

Ryan said Fiji’s offloads were brilliant and he loved the way they were playing.

He added that if Fiji at least got 25 per cent possession against South Africa, it would be “sa oti” for the Blitzboks.

Ryan also heaped praises on Toulon based Josua Tuisova and Semi Radradra adding that Fiji would miss them next week at the HSBC Paris 7s.

But then, he added, Fiji was bringing in the “beast”, Semi Kunatani.