How an island school nurtured its first doctor 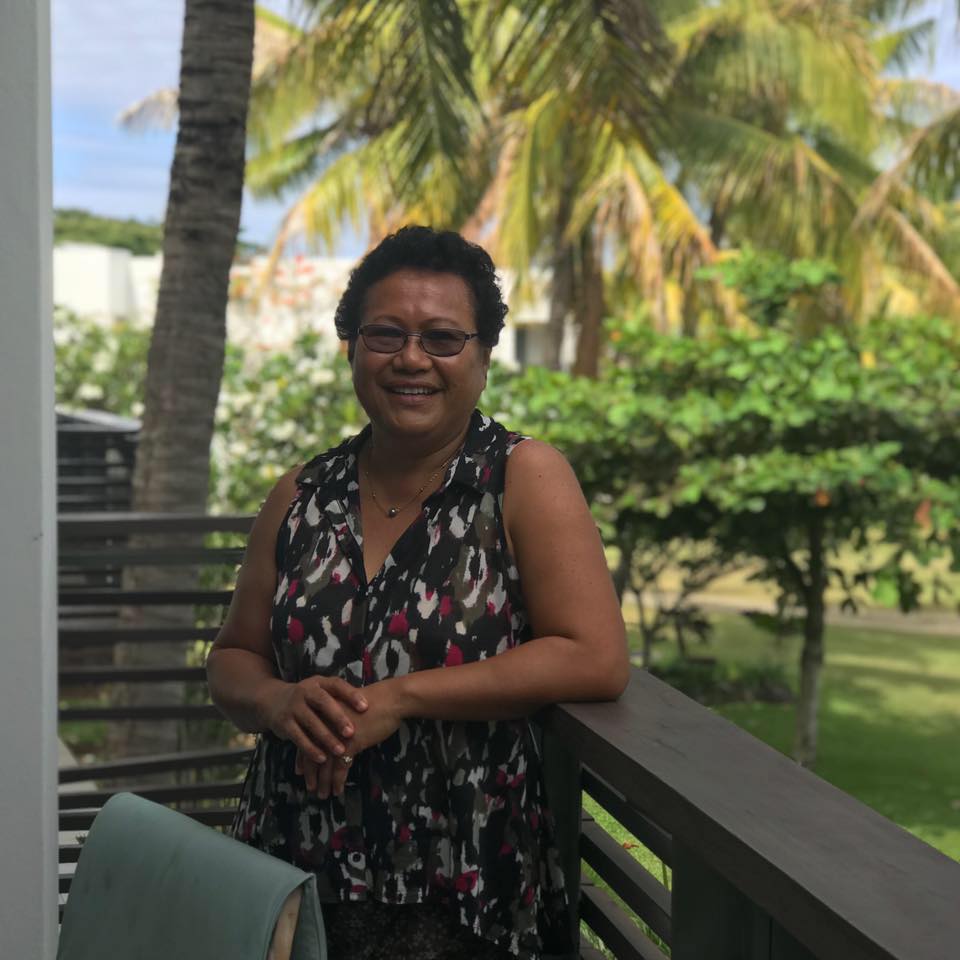 This one begins in 1975, when a nervous young girl and her pair of dainty feet etched prints of sparkling crystals on Naroi’s sandy shorelines.

It was Eka’s first walk to boarding school and the dawn of a journey fraught with distinct struggles that in the end reaped rewards.

As you might imagine, life on an island high school, far flung from the capital in the ‘70s, was always going to be tough.

Facilities were rustic, there were backbreaking farm chores to brave and boarding life meant missing the comforts of home and the warmth of parental affection.

Such was the education backdrop that set up Dr Eka Buadromo for public life and for greatness.

Looking back, she stands by what has become one of her choicest instructions to her loved ones – “a good life is never easy”.

The Sunday Times met the humble medical professional on the island of Moala recently on the occasion of Yasayasa Moala College’s golden jubilee.

While the pandemic subtly marred that commemoration, it did nothing to discourage the diaspora of ex-scholars from around the globe from reflecting on the school’s triumphs, its indelible imprints in their lives and its modest beginning in 1971.

Out of all the challenges Dr Eka endured at Yasayasa Moala Junior Secondary, the name it was called then, one stood out like a sunny day. It was her awkward grasp of the English language.

Being a village school, “95 per cent of the conversation” in and outside the classroom was “in the local dialect” no matter how stringent teachers were with their enforcement of spoken English.

Those who tried their best to conform to the school rules were often teased by their peers.
“That affected our academic performance and our ability to communicate in English when we left Moala to come for further education in Suva,” Dr Eka recalls.

Ex-students anywhere will always have fond memories of the school that groomed them to be larger than life. These recollections are not always rose-coloured.

But they stick with a certain brand of persistence – whether it’s the dull taste of food, the anguish of homesickness or the impish escapades that often invited “detention”.

For Dr Eka, one of her many takeaway moments was the colourful anecdotes of boarding life, epitomised in school chants and tunes she learned from 1975 to 1978.

“I will always treasure the singing and songs that I learnt in the school,” she says.

“They were taught by Jope Rabukawaqa in the earlier days of the school and later by Saimone Dobui. I would say YMJSS is a school that composed the most songs.”

The lyrics of those “sere ni koronivuli” and the students’ acapella performances amplified stories unique to the ubiquitous beauty of Moala as well as the toils of island life.

“They told the difficult times we went through fending for food and basic survival, at the same time appreciating the rich resources the island of Moala had.”

One particular song narrated a tale of how the school dormitories were built using thatching and reeds during its pioneering years.

Students had to sleep in the cold only to wake up early in the morning to weed in the farm. Entrenched in the song’s final stanzas is a message that strikes a cord in Dr Eka’s heart. She believes the lines appreciate the profits of a tough grind.

“It says if I may translate “when we grow up we will always cherish the hard times that taught us to work hard and achieve something in life”.

Armed with rich experiences of a rural upbringing, immaculate parental guidance at home and strong Christian principles, the humble but diligent Eka, was ready to face the world when she left Moala. After high school in Suva, she became the first student nurtured at YMJSS to attend medical school.

“I understand that some of my teachers could not believe I would be able to do that knowing the standard of education in village schools,” she says.

“It was all through hard work and perseverance and I thank God for the opportunity to be taught the hard ways of life in school and the life skills that I gained.”

The teachings of YMJSS have remained an enduring part of Dr Eka, even until today. They have been a beacon of life during her illustrious career and have welled fountain of influences while bringing up her own family.

Time management in particular, was been one of the greatest disciplines she learned in school. Her teachers’ coaxing and the insistent beats of the lali still rings implicitly on her mind. The wooden slit drum ordered them when to wake up, do chores in the early hours of the morning, put tools down, jump in the shower and eat breakfast.

The bell started tolling periodically from 8:20 am to signal the first period of the day while the lali put everyone to sleep at night.

“We learnt to run and be on time. Such discipline is well engraved into my life routine until today,” Dr Eka says.
Life was demanding in general but students survived. Those who had the propensity to persevere discovered their purpose and realised their dreams. The young Eka was one of them.

“Two weeks in a term throughout my four years in the school was spent on farming for food. That left pupils with very limited time to cover the year’s curriculum.

Nevertheless, the school had such an abundance of cassava that it would share them with teachers and others in need.

“All those gardens were the works of our small hands – weeding, planting and pulling all year round in all sorts of climate and challenges,” she says.

“It taught me the importance of team work. When we work together and have each other, no matter how tough the situation may be, we still can achieve.”

Extra-curricular work was always full of fun. Held in the outdoors, it featured innocent jokes, gossips and mindless chatter.

Sometimes someone would sneak out to get green coconuts. Later they’d get punished.

“Having those stress relievers made us go a long way and I still do that today.”

“In the midst of all seriousness and burden of studies or of work, my mind will just tell me that it’s time for a good break.”

During these work recesses, Dr Eka often found something to laugh about, something to divert her attention away from her load of responsibilities.

“I always find it very helpful to have that breathing space, “she says.

“I have no doubt those skills of mixing studies with fun got me into and through medical school and postgraduate studies thereafter and also through work.”

Now in her twilight years, Dr Eka shares her experiences from the good old days with her children. She has shared it with Fiji on this page, perhaps with the hope that someone might find the object lesson for their education journey.

And although YMC may be miles away from home and work, its treasured memories and moral values is still something Dr Eka holds close to her heart.

“In terms of my family, my children will never hear the end of my teachings about “good life is never easy”. They know the stories of my growing up and how tough it was.”

“My son was old enough to witness that since he would spend time in the village with my parents. The teaching about perseverance and hard work to achieve in life is always part of our conversation.”

Note: Dr Eka currently works as Senior Laboratory Advisor for the Public Health Division of the Pacific Community. She is a former consultant and Head of the Department of Pathology at CWMH.