House Hitler was born in will become a police station, Austria says 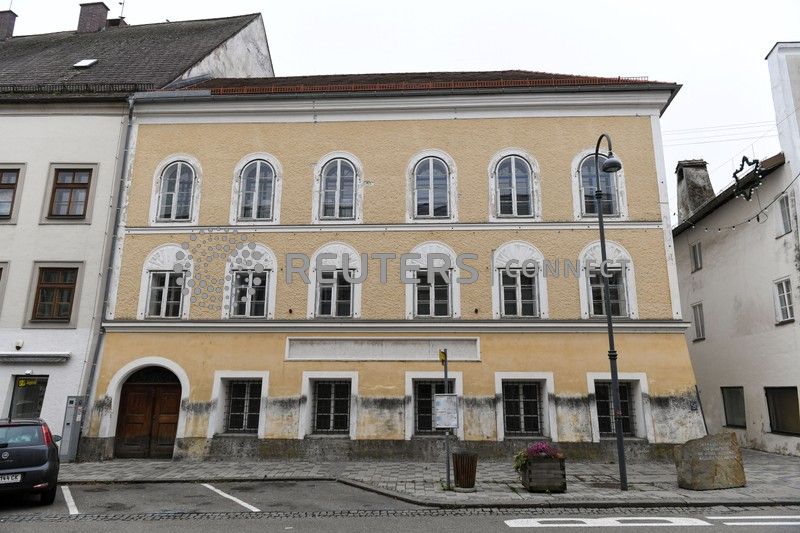 General view of the house where Adolf Hitler was born, in Braunau, Austria, November 20, 2019. REUTERS/Andreas Gebert

VIENNA (Reuters) – The house where Adolf Hitler was born will be turned into a police station, Austria’s interior minister said, after years of debate over how best to prevent it becoming a pilgrimage site for neo-Nazis.

Having recently carried out a compulsory purchase of the house in Braunau am Inn, a town on the border with Germany, Austria will invite architects to submit plans for a redesign of the building. It will house the local police force’s offices, the Interior Ministry said in a statement on Tuesday.

“The house’s future use by the police should send an unmistakable signal that this building will never again evoke the memory of National Socialism,” Interior Minister Wolfgang Peschorn, who serves in a provisional government of civil servants, said.

“Before, on his (Hitler’s) birthday on April 20, lots of people used to come and light candles and place flowers. All of that stopped. Now people come to take pictures,” Staiger, who has lived in Braunau for 53 years, said.

Johann Wolf said he would prefer the house to become a community centre.

“Lebenshilfe takes care of disabled people and it would have been the best of messages, in light of the fact that these people were wiped out at the time, to turn the birthplace into something which values human lives,” he said.

Architects from across the European Union will submit plans this month and a jury of experts and public officials will pick the winning design in the first half of next year, the Interior Ministry said.

Although Hitler was born in Braunau in 1889, Austria argued for decades that it was the first victim of National Socialism, having been annexed by Hitler’s Germany in 1938.

Recent governments have, however, recognised that Austrians were also perpetrators of Nazi crimes and that there was little resistance to Hitler’s rule.