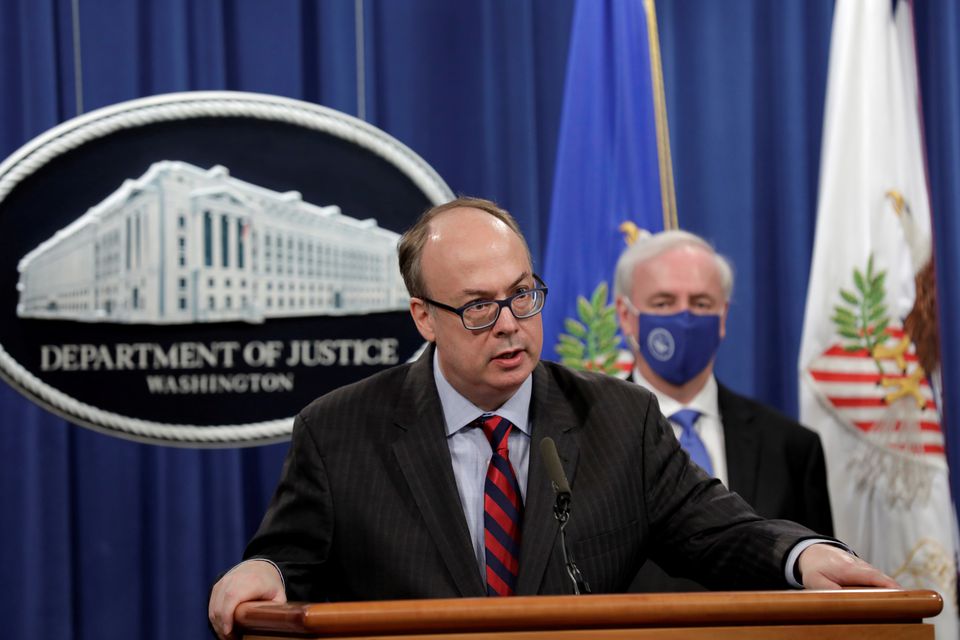 A congressional panel investigating the deadly Jan. 6 riot at the U.S. Capitol said on Wednesday it has issued a subpoena seeking testimony and records from Jeffrey Clark, a former senior official at the Justice Department who was a proponent of former President Donald Trump’s false election fraud claims.

The U.S. House of Representatives Select Committee “needs to understand all the details about efforts inside the previous administration to delay the certification of the 2020 election and amplify misinformation about the election results,” the panel’s Democratic chairman, Representative Bennie Thompson, said in a statement.

“We need to understand Mr. Clark’s role in these efforts at the Justice Department and learn who was involved across the administration. The Select Committee expects Mr. Clark to cooperate fully with our investigation,” Thompson said.

The subpoena requires Clark to produce records and testify at a deposition by Oct. 29.

It is one of more than a dozen subpoenas issued to date by the Select Committee, with some depositions scheduled as soon as this week. However, it was not immediately clear whether former Trump aides would appear.

Trump has urged them to refuse to cooperate, citing executive privilege, which legal experts in turn dispute.

Committee members have said the panel will take legal action against those who do not comply with its subpoenas. “In general, people are going to have to appear, or, you know, we will move contempt charges against them,” Representative Liz Cheney, one of two Republican committee members and the panel’s vice chair, told reporters on Tuesday.

The Senate Judiciary Committee last week issued a report saying there was “credible evidence” that Clark was involved in efforts to interrupt the peaceful transition of power while serving at the Justice Department.

An attorney for Clark, the former acting head of the Justice Department’s civil division, declined to comment.

Throngs of supporters of the former Republican President Trump forced their way into the seat of the U.S. government on Jan. 6, as then-Vice President Mike Pence and lawmakers met to certify Democrat Joe Biden’s victory in the November 2020 election.

Trump, who has refused to concede defeat and leveled unsubstantiated fraud allegations of election fraud, had urged his supporters to “show strength” at a raucus rally before they marched to the Capitol. The attack forced Pence, members of Congress, staff and journalists to flee, and delayed certification of the election result for several hours.

Four people died on the day, one shot to death by police and the others of natural causes. More than 100 police officers were injured.

A Capitol Police officer attacked by protesters died the following day and four officers who took part in the defense of the Capitol later took their own lives.