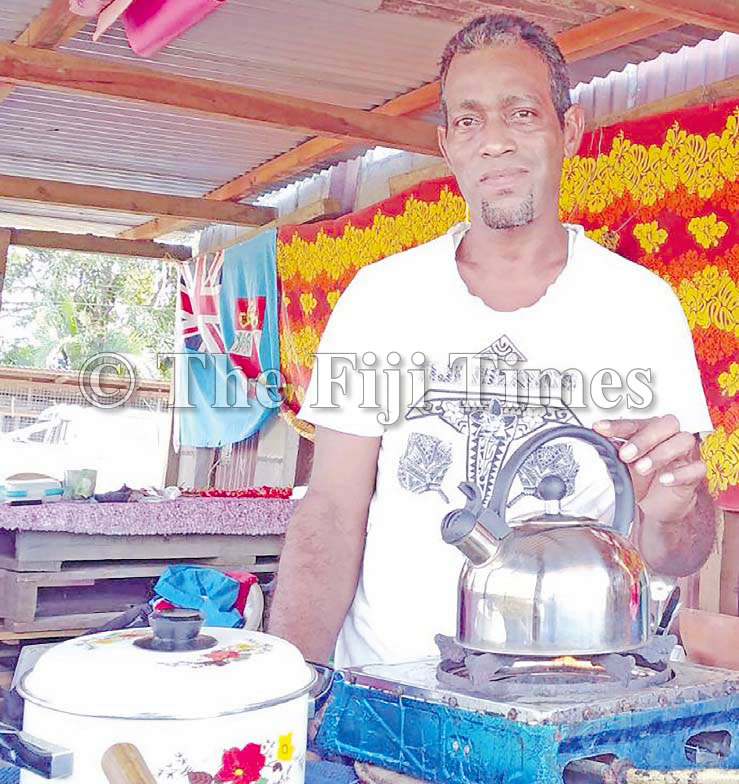 Edward Underwood, a hotel worker from Nadi, on leave without pay at his stall which is located within the vicinity of Votualevu Shop n Save supermarket. Picture: NAVNESH REDDY

Edward Underwood knew things were not good when his work hours at a tourism property were being reduced. When what he was earning was not enough to feed his family of six, he decided to try something different.

“When business started to slow down because of COVID-19, I used to get called up for only three days in a week, which was not enough to cater for my family’s needs,” Mr Underwood said.

Mr Underwood said he asked for leave without pay from his employer and established a stall near Votualevu Shop n Save supermarket where he began selling cooked food, pastries, pies and vegetables.

“I am the sole breadwinner for my family and I also look after two gentlemen whose families have abandoned them.”

The Votualevu, Nadi, resident said because many people in the area knew him, he was able to make enough to feed his family.

“I hope our economic situation improves and I return to the hospitality sector when international borders open up.”