Hot Bread returns to the North 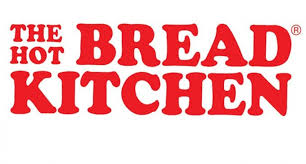 CONCERNS over the quality of bread in Labasa will soon come to an end after The Hot Bread Kitchen confirmed a new branch at the $40 million Damodar City Labasa project site.

The company’s acting chief executive officer John Samisoni said better quality and freshness of bread would be made available to the people of Vanua Levu.

In a statement from Damodar North Ltd, Mr Samisoni stated: “Hot Bread Kitchen is pleased to announce that it will be opening a bakery and supply outlet at the upcoming Damodar City Labasa.”

“Hot Bread Kitchen is excited to be a founding tenant at the Damodar Group’s ‘Look North’ investment in Labasa.

“We look forward to bringing even better quality and freshness of bread and other products to Vanua Levu in our new Labasa outlet than we do from our existing Savusavu HBK.”

Damodar Group chief executive officer Div Damodar thanked The Hot Bread Kitchen for signing up with the centre describing it as one of the biggest brands in Fiji heading to the North.

“Many of our tenants that will be coming on board to the centre will be new to Labasa,” he said.

“This is exciting and reassuring that not only are we confident in the North but so are Viti Levu business houses.

“Construction of the centre is in progress with the supermarket wing which is expected to be completed by first quarter 2020.

“This wing will consist of Fiji’s largest ever supermarket, 19 shop spaces and four restaurant spaces. A number of other popular retail brands will open their first Vanua Levu stores in this wing and further updates will be provided in due course.”

Mr Damodar said the construction of the cinema wing was expected to begin in the last quarter of 2019.

“This wing will consist of cinema, a foodcourt and more retail and department stores,” he said.

“Another major attraction for the centre is that it will have the largest open car park space in Vanua Levu with close to 300 spaces.