Hosts’ win over Ireland great for Japan, bad for Scotland 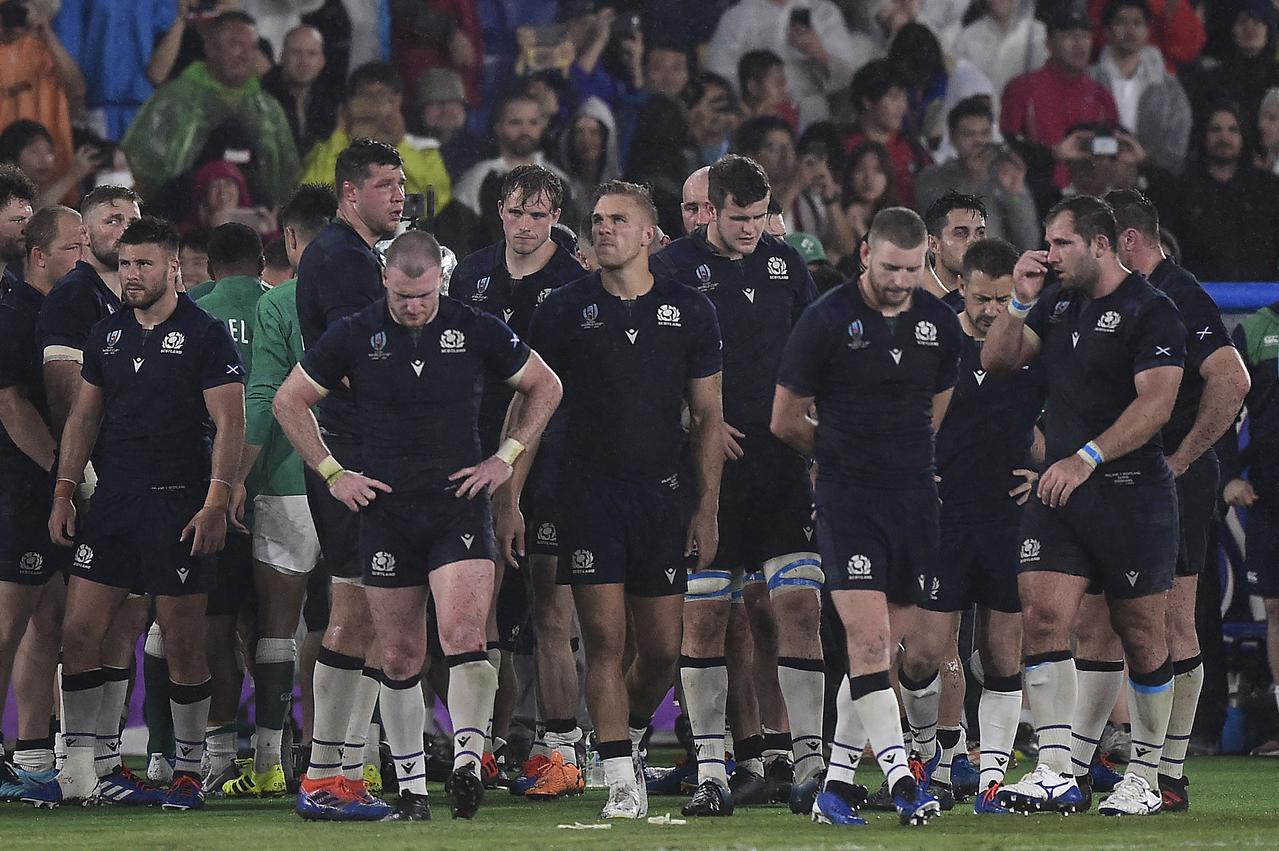 KOBE (Reuters) – The Rugby World Cup hosts’ stunning 19-12 win over Ireland on Saturday was celebrated wildly across the length and breadth of Japan but for group rivals Scotland the result was met with mixed emotions.

Ireland, who had until recently been the world’s top ranked team, were expected to sweep through Pool A and leave Scotland to battle with Japan, Samoa and minnows Russia for the group’s second automatic berth in the quarter-finals.

However, with the ‘Brave Blossoms’ earning a bonus-point win in Tokyo, and Ireland also getting an extra point for losing by less than eight, Scotland’s task has been made much more difficult.

“In a way it was a disappointing result for Scotland,” skipper Stuart McInally told a media conference on Sunday.

“But it was great to see what it did for Japan and see how much it means to the country as a whole for a Rugby World Cup they’ve put a lot into.”

After their dire defeat to Ireland in their opener last week, Scotland may not even advance to the knockout stage if they win their three remaining games, the first of which comes against Samoa in Kobe on Monday.

The Scots have beaten the Samoans all three times they have faced them at the World Cup, and while the group permutations suggest they will need a bonus point win to advance this time around, McInally said they just had to focus on the victory.

“We’ve done the numbers and we know the implications what that (result) means for us. We have to just go out and win the game first and foremost,” he said.

“From my experience if you chase anything else before the game starts you can get into a bit of trouble.”

Samoa, who will be without centre Rey Lee-lo and hooker Motu Matu’u after they were banned for three games for dangerous tackles against Russia, are expected to come out all guns blazing on Monday.

As notoriously slow starters, Scotland will have to weather that early storm and establish control.

“We’ll be looking to start well, Samoa will be dangerous for more than just five minutes though,” added the skipper.

“We know the quality of players they have up front and in their backline. They can cause us problems for the whole 80 minutes if we’re not switched on.”

The game will be something of a family affair for Scotland wing Sean Maitland, whose cousin, Pele Cowley, is among the Samoa replacements.

“My mum is half-Samoan, my granddad was born in Samoa … he emigrated back in the 60s to New Zealand,” he said.

“My little cousin is on the bench for Samoa so it’s pretty special for the family.”