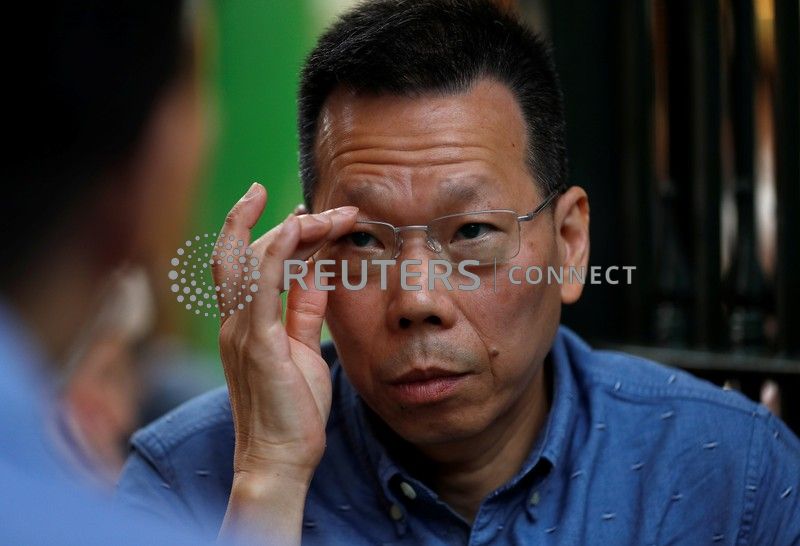 LONDON (Reuters) – Samson Ling may have a British passport, but it offers him no route out of Hong Kong to a life in London as protests grow against an extradition bill that many see as an example of growing Chinese influence in the financial hub.

Millions of people have taken to the streets of Hong Kong, a former British colony, in recent weeks to rally against a bill that would allow people to be sent to mainland China for trial in courts controlled by the Communist Party.

With many young people looking for routes out of Hong Kong, some campaigners say Britain should change the status of the British National (Overseas) passport, a category created after Britain returned Hong Kong to Chinese rule in 1997.

Though BNO passports are British passports that allow a holder to visit the UK for 6 months, they do not come with an automatic right to live or work in the United Kingdom.

“We are asking for our rights as passport holders,” Ling, 59, a BN(O) passport holder who is in London to lobby the British government on the issue, told Reuters.

“The UK has left all the BNO passport holders behind, and left the Hong Kongers to stay in Hong Kong.”

Ling said such passport holders should be granted the right of abode or working visas, and that he would like to move to Britain with his family. But Britain’s interior ministey said it had no plans to change the system.

“We continue to believe that the best solution for Hong Kong, and the BN(O) passport holders that live there, is full respect for the rights and freedoms guaranteed in the Sino-British Joint Declaration,” a government spokesman said.

“We have no plans to amend the law in regards to BN(O) status.”

Britain occupied Hong Kong Island in 1841, establishing a colony there and obtaining a 99-year lease there in 1898.

Hong Kong returned to Chinese rule in 1997 and has since been governed under a “one country, two systems” formula that allows it freedoms not enjoyed on the mainland, including freedom to protest and a much-cherished independent judiciary.

British Foreign Secretary Jeremy Hunt has said Britain will stand by the so-called Sino-British Joint Declaration of 1984, and has urged China to do the same in handling the crisis.

China has urged Britain not to interfere in Hong Kong affairs, and in 2017 said the declaration was a historical document with no practical significance.

“If they pass the extradition law, and then all the Hong Kong citizens including BNO holders will be frightened by that,” Ling said. “In my point of view, there is no more on country, two systems.”