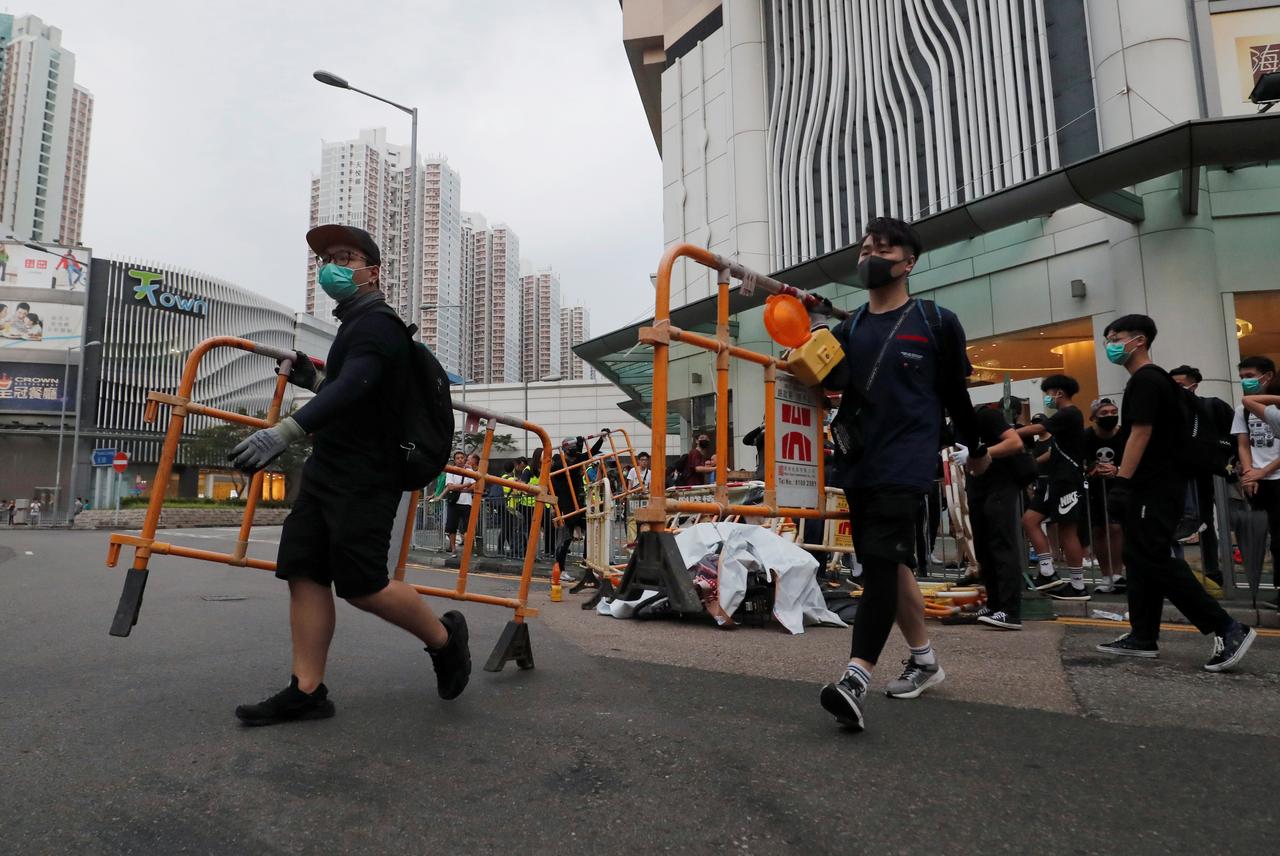 HONG KONG (Reuters) – Hong Kong protesters are expected to rally outside the British Consulate on Sunday demanding that the former colonial power ensures China honors its commitments to the city’s freedoms.

The Chinese-ruled territory has been rocked by weeks of sometimes violent pro-democracy protests, with demonstrators angry about what they see as creeping interference by Beijing in their city’s affairs despite a promise of autonomy.

The Sino-British Joint Declaration, signed in 1984, lays out Hong Kong’s future after its return to China in 1997, a “one country, two systems” formula that ensures freedoms not enjoyed on the mainland.

“We ask UK to take immediate action on China not honoring the Sino-British Joint Declaration and acknowledge one country, two systems is not functioning,” the rally organizers said.

The spark for the protests was planned legislation, now withdrawn, that would have allowed people to be sent to mainland China for trial, despite Hong Kong having its own much-respected independent judiciary.

The protests have since broadened into calls for universal suffrage.

China says it is committed to the “one country, two systems” arrangement, denies meddling and says the city is an internal Chinese issue. It has accused foreign powers, particularly the United States and Britain, of fomenting the unrest and told them to mind their own business.

Britain says it has a legal responsibility to ensure China abides by the 1984 declaration.

“The Joint Declaration is a legally binding treaty between the UK and China that remains as valid today as it was when it was signed and ratified over 30 years ago,” a British Foreign Office spokeswoman said in June.

“As a co-signatory, the UK government will continue to defend our position.”

But it was not immediately clear what Britain could do. It is pinning its hopes on closer trade and investment cooperation with China, which since 1997 has risen to become the world’s second-largest economy, after it leaves the European Union as planned at the end of next month.

The rally is expected to start at around noon (0400 GMT). Rain is forecast, but that hasn’t stopped protests before.

The Civil Human Rights Front has also called for a mass rally in Victoria Park, just to the east of the central business district, but police have denied permission because of earlier clashes after huge gatherings.

Protesters are expected to turn up early in the afternoon anyway.

Romania will extend state of emergency by 30 days – president