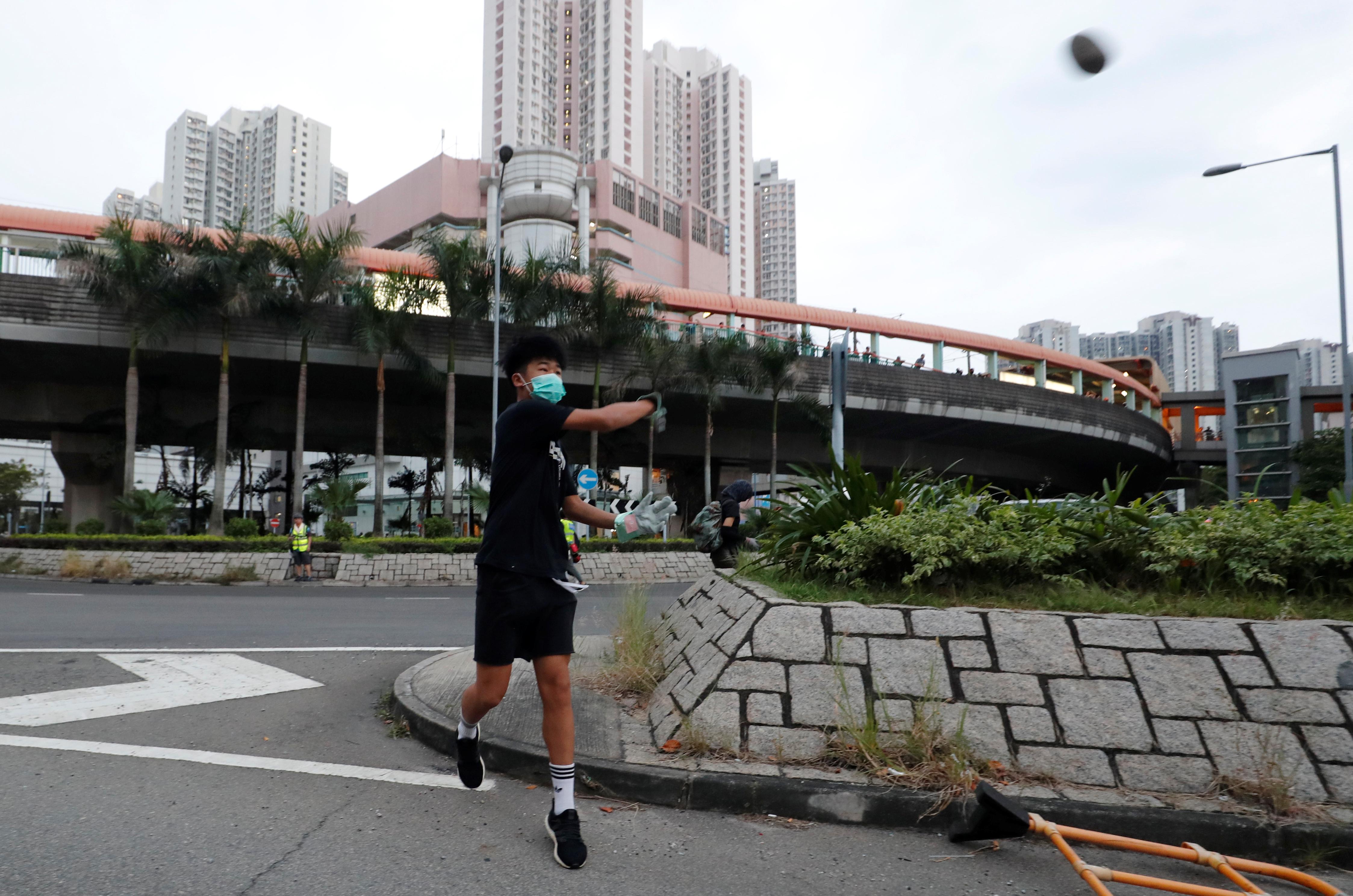 HONG KONG (Reuters) – Baton-wielding Hong Kong police moved in to break up scuffles on Saturday between pro-China protesters and those denouncing perceived Chinese meddling in the Asian financial hub, the latest in months of sometimes violent clashes.

The pro-China demonstrators chanted “Support the police” and “China, add oil” at a shopping mall, adapting a line used by anti-Hong Kong government protesters and loosely meaning: “China, keep your strength up”.

“Hong Kong is China,” one woman shouted at passersby who shouted obscenities in return in an angry pushing and pulling standoff, marked more by the shouting than violence.

The clashes in the Kowloon Bay area of the Hong Kong “special administrative zone” of China spilled out onto the streets, with each confrontation captured by dozens of media and onlookers on their smart phones. Police detained several people.

But the unrest was minor compared with previous weeks when anti-government protesters have attacked the legislature and Liaison Office, the symbol of Chinese rule, trashed metro stations and set street fires. Police have responded with tear gas, rubber bullets and water cannon.

Protesters complaining about perceived Chinese interference in the former British colony came out in their hundreds across the territory on Friday, singing and chanting on the Mid-Autumn Festival.

They have also gathered in malls, with occasional scuffles with flag-carrying China supporters, often denouncing police for perceived brutality.

On Saturday, anti-government protesters also gathered in the northwestern New Territories district of Tin Shui Wai, with a brief standoff with police. There were scattered scuffles between rival protesters elsewhere, including in the Fortress Hill area of Hong Kong island.

“We need to keep coming out to tell the government to respond to our five demands, otherwise it will think we accept the withdrawal (of an extradition bill),” said protester Mandy, 26, in Tin Shui Wai, where crowds, a few waving the U.S. Stars and Stripes, shouted: “Liberate Hong Kong.”

The spark for the anti-government protests was the now-withdrawn bill and concerns that Beijing is eroding civil liberties, but many young protesters are also angry about sky-high living costs and a lack of job prospects.

Their four other demands are: retraction of the word “riot” to describe rallies, release of all detained demonstrators, an independent inquiry into perceived police brutality and the right for Hong Kong people to choose their own leaders.

The extradition bill would have allowed people to be sent to mainland China for trial in Communist Party-controlled courts, despite Hong Kong having its own much-cherished legal system.

Hong Kong returned to China in 1997 under a “one country, two systems” formula that guarantees freedoms not enjoyed on the mainland.

China says Hong Kong is now its internal affair. It says it is committed to the “one country, two systems” arrangement and denies meddling.

China is eager to quell the unrest before the 70th anniversary of the founding of the People’s Republic of China on Oct. 1. It has accused foreign powers, particularly the United States and Britain, of fomenting the unrest.