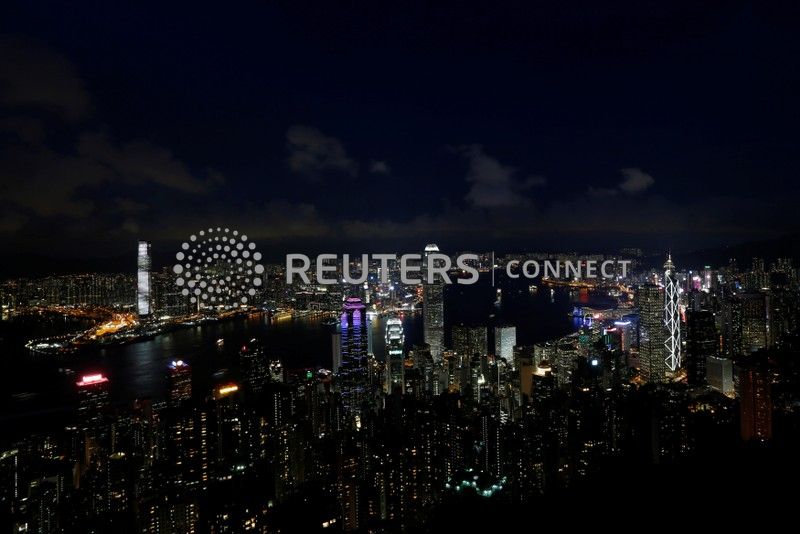 FILE PHOTO: Lights light up the skyline of Hong Kong, China in the evening of June 8, 2017. REUTERS/Bobby Yip

HONG KONG (Reuters) – Hong Kong is looking to raise between $500 million and $1 billion in five-year green bonds as the former British colony looks to establish itself as a center for green finance.

Hong Kong is marketing a five-year U.S. dollar-denominated green bond on Tuesday, according to a term sheet seen by Reuters. It is targeting a size of between $500 million and $1 billion, according to a message sent to investors.

The proceeds from green bonds get earmarked for investment in environmentally friendly projects.

The indicative guidance on the coupon was U.S. five-year Treasuries plus 50 basis points (bps), the term sheet showed.

Green bonds account for a small portion of the global bond market but are expected to gain in size, particularly in Asia which has lagged other regions such as Europe.

Worldwide corporate green bond issuance is at $41.3 billion so far this year, Refinitiv data showed, while sovereigns have raised $17.8 billion.

Indonesia was the first Asian country to sell a green bond in 2018, raising $1.25 billion.

The bond is expected to price later on Tuesday, according to the term sheet.