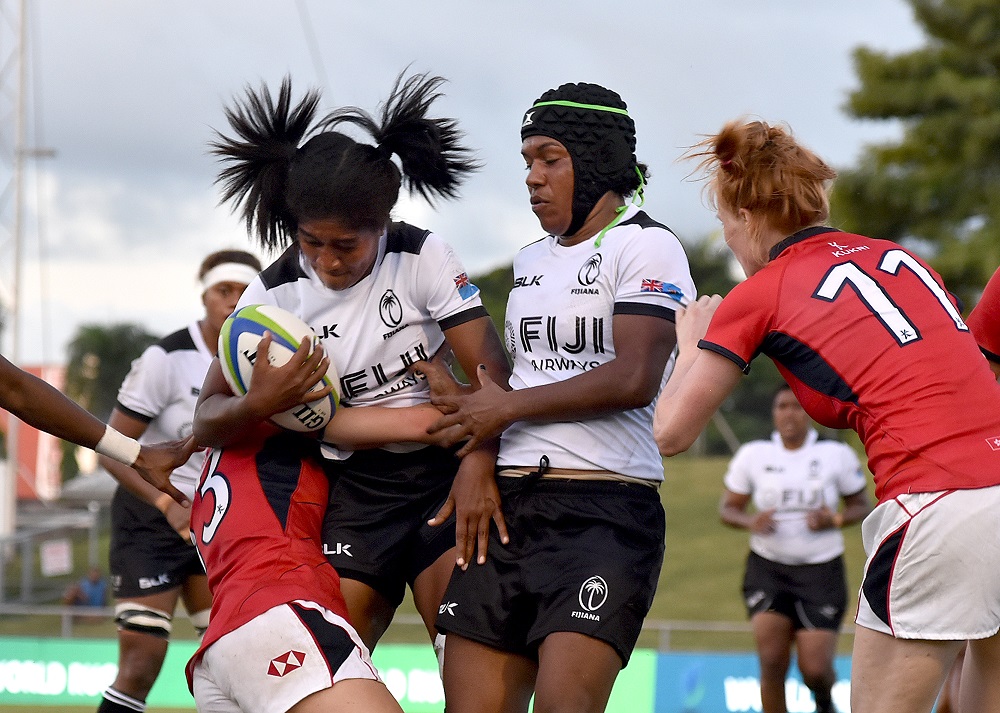 THE Fiji Airways Fijiana XV went down 29-10 to Hong Kong in the first match of the Asia Pacific Tri Nations Championship at Churchill Park in Lautoka last evening.

After a tight first half contest, the Fijian lost concentration from the restart which Hong Kong captalised on scoring three quick tries within 15 minutes.

Fitness was a factor that the Fijiana lacked with Hong Kong winger Zoe Smith exposing them out wide to run in a hat-trick of tries.

Fijiana coach Ro Alivereti Doviverata expressed disappointment with the result saying the players did not play according to their game plan.

Doviverata said ball handling was a major drawback with many turnovers.

“It was not the result that we wanted today,” he said.

“There were injuries to some key players which affected our game. Our catching and passing were not proper. The passes just did not connect. Fitness is an issue and that is an essential part of rugby.”

The 15-minute spell from the restart proved to be the turning point.

Winnie Siu got the third try for Hong Kong and Smith grabbed a brace to complete her hat-trick as Hong Kong stretched their lead to 29-5.

Esiteri Bulikiobo scored a consolation try for the hosts in injury time.

Doviverata said they cannot afford lapses in concentration at the international level.

“Congratulations to Hong Kong as they took all the opportunities that came their way,” he said.

“We have to go back and regroup and work on our weaknesses. We did not finish off with all the possession that we had.

“We cannot afford those lapses of concentration especially at this level. I have been telling the players that they need to be consistent with their game and finish on a high.”

Hong Kong will face Samoa on Tuesday while the Fijiana will play Samoa next Saturday.

Both matches will be held at Churchill Park.