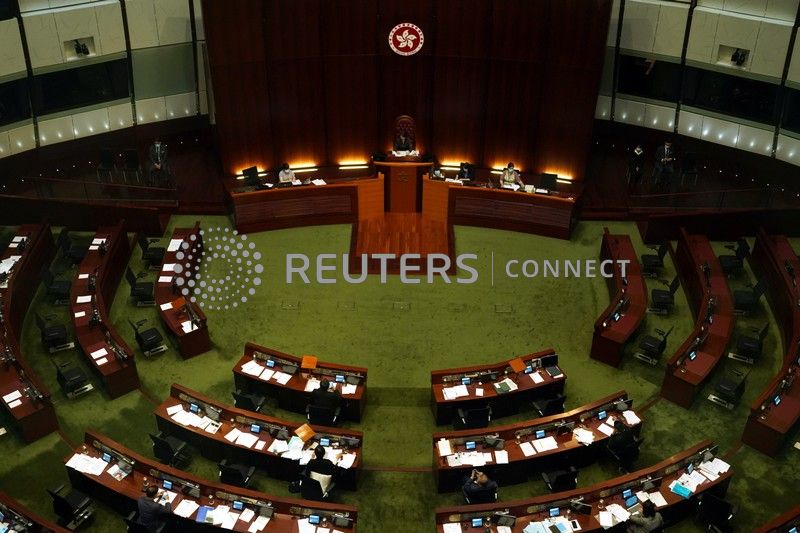 HONG KONG (Reuters) – Hong Kong’s government criticised the European Union on Thursday after the bloc denounced a major overhaul of the city’s political system as a breach by China of its international commitments.

The EU said on Wednesday it would increase support to Hong Kong’s civil society and media with a view to promoting freedom of expression and facilitating the mobility of its citizens, and may send a delegation of senior officials to the city.

“We firmly oppose the misleading claims by the EU concerning the improvement to the electoral system as well as their ulterior motives,” a spokesperson for the Hong Kong government said in a statement.

The spokesperson also said it was “hypocritical” of the EU to attack China under the pretext of defending human rights, democracy and autonomy in the city.

The legislative changes adopted by Hong Kong’s lawmakers late in May will reduce the proportion of seats in the legislature that are filled by direct elections from half to less than a quarter.

A new body will vet candidates and bar those deemed insufficiently patriotic towards China from standing.