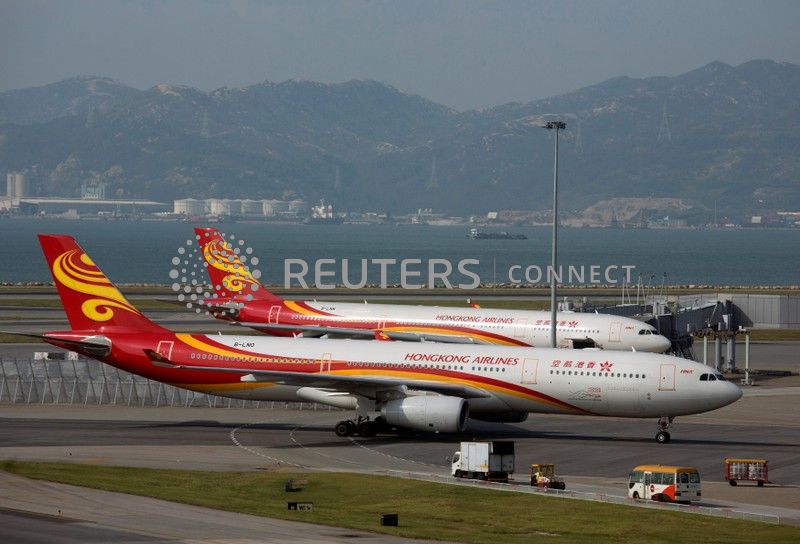 HONG KONG (Reuters) – Hong Kong Airlines, partially owned by China’s HNA Group, was thrown into deeper uncertainty on Wednesday after Hou Wei disputed a decision that removed him as chairman and said he was still in charge of the struggling carrier.

Former Hong Kong Airlines director Zhong Guosong announced on Tuesday he had been appointed chairman after a shareholder meeting where he and Chinese private equity firm Frontier Investment Partner, who together control about 61 percent of the shares, voted in additional board members, including Zhong as chairman.

Referring to himself as chairman of the airline, Hou on Wednesday challenged the decision to remove him. In an internal letter sent to employees and shown to Reuters by Hong Kong Airlines, Hou said the board changes were a result of a shareholder dispute and would not have any impact on the company’s operations.

“I will continue to work hand in hand with our leadership team to take concrete actions to secure Hong Kong Airlines’ future,” Hou said.

“These steps were taken to secure the financial future of Hong Kong Airlines and stop further related party transactions and any embezzlement of company assets amid a period of significant financial stress and reports of serious financial misappropriation,” said the two.

HNA, which holds about 29 percent of the carrier, declined to comment.

Formerly acquisitive HNA – a planes-to-banking Chinese conglomerate – has been working to improve its finances since China cracked down on aggressive debt-fuelled foreign dealmaking in mid-2017.

By that point, a $50 billion spree had netted HNA assets including the single largest stake in Deutsche Bank. It has since been reducing its portfolio and last month sold low-cost carrier Hong Kong Express Airways.

On Tuesday, HNA unit CWT International Ltd said it had defaulted on a HK$1.4 billion ($179 million) loan and had less than 24 hours to pay funds due or lose assets pledged as collateral.