Hong Kong 7s: Fiji makes it fifth in a row 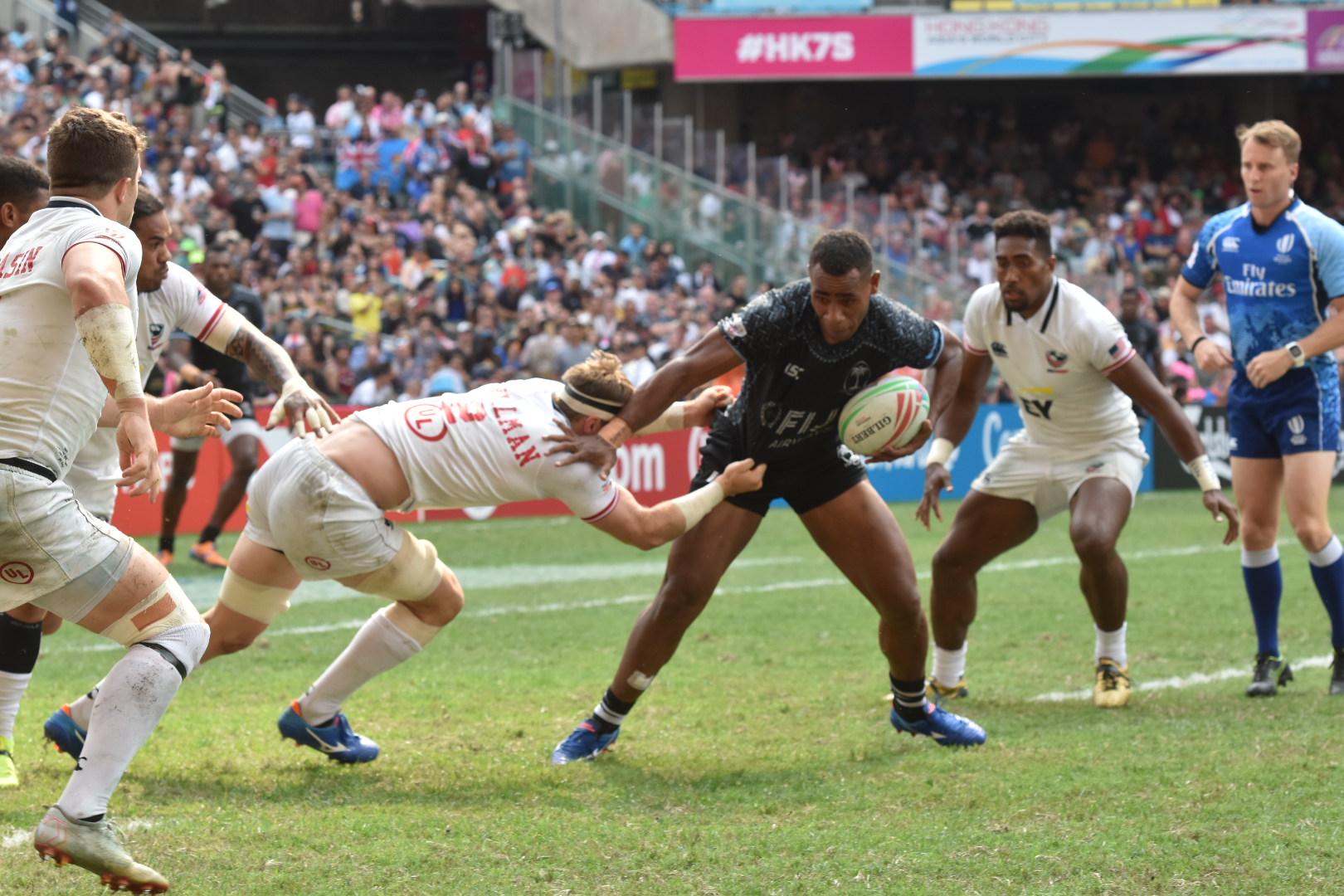 FIJI has successfully defended its HSBC Hong Kong 7s title for the fifth time in a row defeating France 21-7 in the final.

The win came after Fiji defeated Kenya, Australia, New Zealand in pool play and Argentina and USA in the cup playoffs.

Fiji maintained its record as the most successful team in the Hong Kong 7s recording most wins.

Both tries were converted to give Fiji a 14-0 at half time.

Josua Vakurunabili was penalised in the second half for a high tackle and sent off the field.

France was given a penalty try as a result

Both sides were left with six men each moments later after Tavite Veredamu copped a yellow for a high tackle.

Tuimaba danced his way through the French defenders to push Fiji into the lead giving Fiji a 21-7 lead.

But his awesome performance was marred when he copped a yellow for a high tackle.

Fiji played the remainder of the game with six men but they had done enough to create history by winning the tournament five times in a row.

Tuimaba was voted player of the final.

The little magician Jerry Tuwai also created history by being the only player to have featured in all five finals.

The match was controlled by James Doleman.