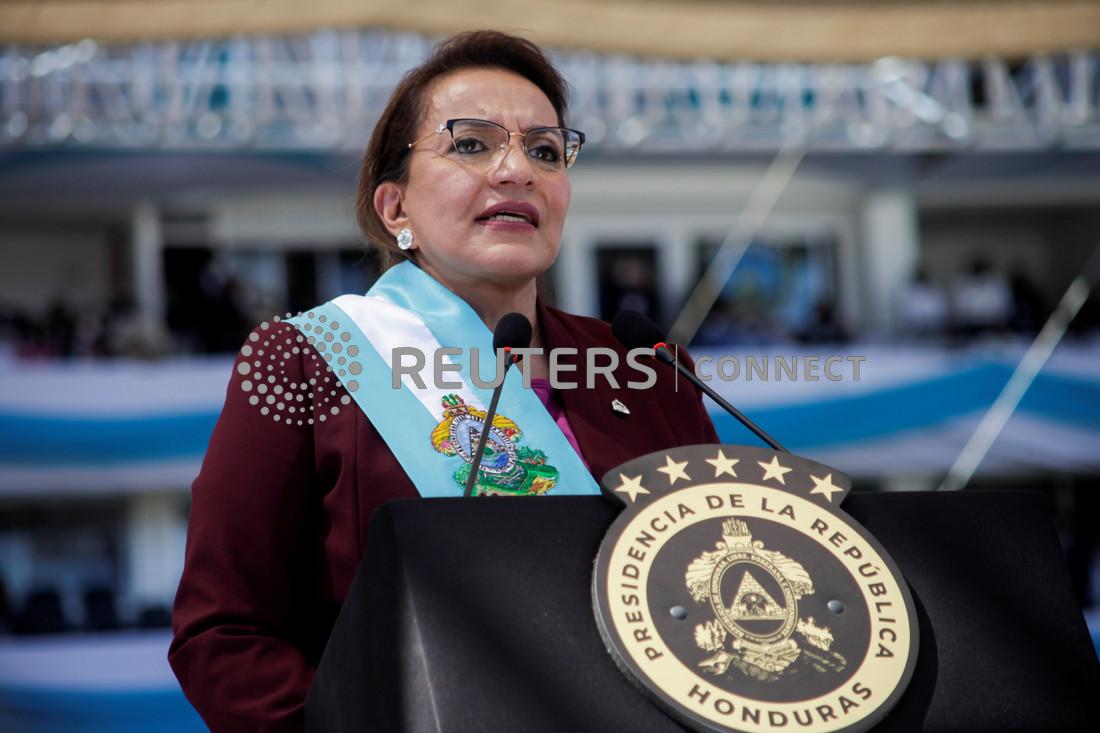 TEGUCIGALPA (Reuters) – Honduran President Xiomara Castro declared a national security emergency on Thursday and began implementing a new plan to combat a rising number of cases of extortion by violent criminal groups operating across the country.

Castro’s new measures would allow the suspension of some constitutional rights in areas with predominant criminal gang presence, a deployment of 20,000 police agents, new security controls on roads and measures against money laundering.

Congress must still approve the suspension of constitutional rights, though the security plan came into force on Thursday.

The declaration also authorizes the Honduran government to make extraordinary use of public funds to combat criminal gangs known for involvement in illicit activities such as kidnapping and drug trafficking.

The leftist president announced the new plan to combat extortion afflicting the impoverished Central American nation in a television broadcast.

In exchange for a so-called “war tax”, gangs offer protection or say that those who pay up will not be killed. The gangs have torched buses and killed drivers who did not pay the fee, prompting businesses and people to pay out of fear.

This extortion generates annual profits equivalent to $737 million for the gangs, nearly 3% of the country’s gross domestic product, according to the Association for a More Just Society, a security-focused non-governmental organization.