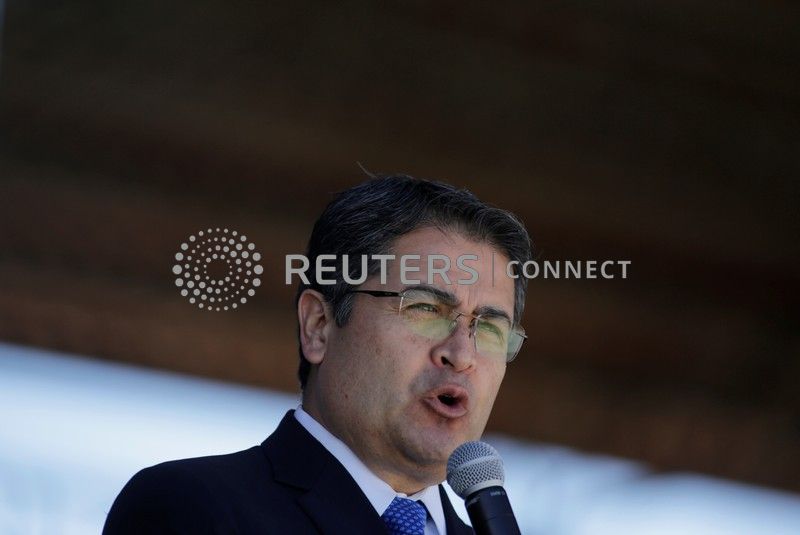 The Tuesday filing in Manhattan federal court related to prosecutors’ drug trafficking case against Hernandez’s brother, Juan Antonio “Tony” Hernandez, and made public a 2015 application by prosecutors for email search warrants against the president and several people close to him.

Hernandez could not immediately be reached for comment. He has not been charged with a crime. Dawn Dearden, a spokeswoman for the office of the U.S. Attorney in Manhattan, which made the application, declined to comment on whether Hernandez was still the target of an investigation.

The U.S. Drug Enforcement Agency began investigating Hernandez around 2013, according to the filing.

The Honduran president, a conservative lawyer who came to power in 2014, has reined in homicides with a tough policy against drug cartels and street gangs that has been supported by the United States and criticized by human rights groups.

Tony Hernandez was arrested in Miami in November. A leader of the Cachiros gang had testified during a trial in March 2017 in New York that Tony Hernandez had taken a bribe to help launder drug funds.

Several other prominent Hondurans, including government officials, have already been prosecuted in Manhattan for drug-related crimes.

Fabio Lobo, the son of former Honduran President Porfirio Lobo, was sentenced to 24 years in prison in September 2017 after pleading guilty to conspiring to important cocaine into the United States.

Porfirio, who governed Honduras between 2010 and 2014, has also been linked to the Cachiros, and has rejected these accusations.