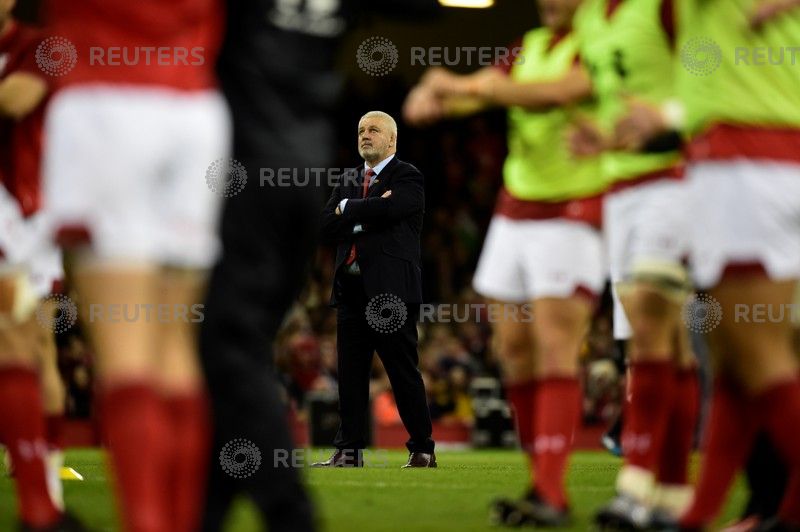 CARDIFF (Reuters) – Fullback Jonah Holmes will make his Wales debut as one of 14 changes to the side that will host Tonga at the Millennium Stadium on Saturday.

Lock Adam Beard is the only player to start against Tonga from the team that claimed a 9-6 victory over Australia last weekend, with the majority of the remainder of the squad rested for the final November international against South Africa next week.

English-born Holmes, the nephew of Olympic-gold medal winning rower Andy Holmes, has been rewarded for his form for Leicester Tigers and starts at the tip of a completely new backline.

It is one that has experience though with Dan Biggar to run the game from flyhalf and Liam Williams, winning a 50th cap, on the wing.

There will also be a new centre pairing with Tyler Morgan and Owen Watkin, while Tomos Williams comes in at scrumhalf.

After the high of beating Australia for the first time in 14 attempts last week, coach Warren Gatland is eager to test the depth of his squad ahead of the World Cup in Japan next year.

“Saturday is a fantastic opportunity for a number of players,” Gatland said in a Welsh Rugby statement.

“It’s Jonah’s first game which is exciting and Liam reaches his 50th which is a great achievement.

“We have spoken about creating depth and for us that is all about creating a squad that is full of first-teamers, everyone in the squad capable of starting.

“The boys this weekend have to put their hand up for the final match and put pressure on the players who started last weekend.”

Ellis Jenkins will captain the side from flank alongside fellow loose-forward Aaron Wainwright, who makes a first start. Seb Davies had been brought into the squad to start at number eight.

“Ellis captains the team for the second time whilst making his first start at home and for Wyn, it is his first start in about nine appearances off the bench,” Gatland said.

“It’s important to realise when selecting a team that we look at all these things in terms of experience, starts, depth balance and opportunity, and all that goes into the mix.”

Gatland expects a typically physical Tongan side who have some momentum after beating the French Barbarians 49-38 in a high-scoring encounter last weekend.

“We are looking forward to the challenge of Tonga. They had a great win last weekend against the French Barbarians and we know it is going to be a tough, physical challenge,” the coach said.