History: ‘Totogo’ A village, a lane and a creek 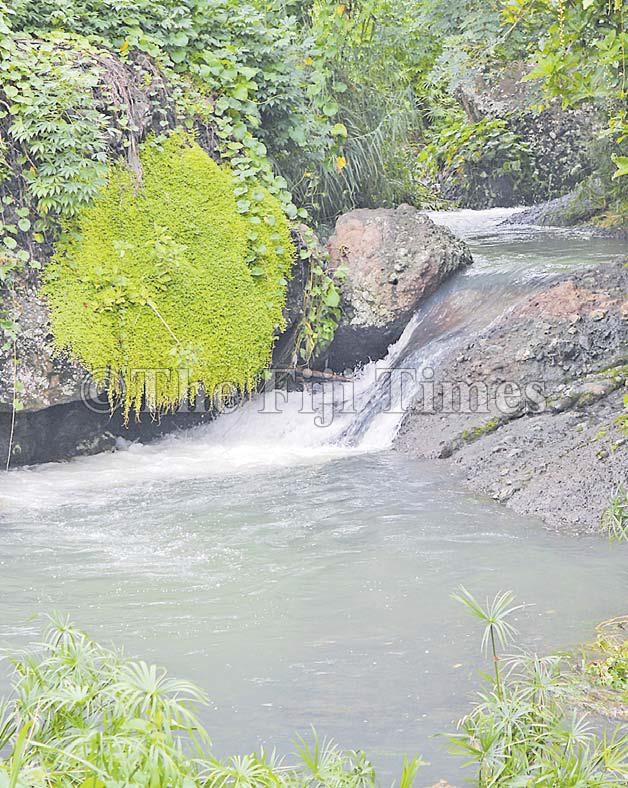 In the book Levuka: Living Heritage, writer Marie Vilisoni, noted how Ovalau was shaped by water thousands of years ago – the seas abound around it and the water that flows from its crater-shaped heartland, the Lovoni valley.

Vilisoni said beneath Lomaiviti waters, a volcano erupted and lava was spewed out.

Once cooled and solidified, it formed the island’s solid mountainous terrain.

Heavy rain fell on the east coast followed the lava path and formed streams became path of fresh water to the sea.

At the sea, these flowing streams helped shape the passages on the reef.

“As the wind was forced to rise to cross the mountain, it dropped much of its moisture as rainfall, which collected in streams combining to form Totogo Creek, which was large enough to create the Levuka Passage,” wrote Vilisoni.

If you flip through The Fiji Times’ publication from the 1800s, you will find that Totogo or Totoga in some literature, gets referenced frequently as the site of “the Baths”.

In Memories of Fiji, Arthur Griffiths said the “top of Levuka’s mountain has a razor back with two streams – the Totoga Creek and the Levuka Creek, which were big assets to the public.

Arthur was the eldest son of The Fiji Times founder, George Littleton Griffiths, who took over the newspaper in 1908.

He was born and raised in Levuka, where he spent 40 years of his life before migrating to Australia.

The upper reaches of Totoga Creek blessed Levuka with a supply of drinking water.

They also provided municipal swimming pools where “bathers were always in attendance” for free.

“Up the Totoga Valley was the Totoga Falls, an invigorating body of water that vibrated your whole system as it flowed over you into clear pools, below which ranged in depth from two to eight feet at the dam,” Griffiths noted.

Two miles north of the town’s centre was Levuka Creek, where there was a much larger swimming pool.

It had a bottom made of gravel, stones and course dirt.

Here boys would swim like fish and play “tig”.

“When we stirred up the dirt and clouded the water, we were able to lie on the bottom for obscurity and avoid getting “tigged”,” Griffiths reminisced.

“Adults complained loud and often and we were warned of consequences via the school master.”

“I visited the same “large” pool years after, and discovered the familiar case of the “old water hole” looking half the size of my boyhood remembrance of the place.”

Totoga Creek is the source of fresh water for Levuka Town Council and has several “swimming holes”, one of which is lined with concrete.

That concrete pool is now closed because of stone and rubbish deposits.

Other swimming holes can be found up the trail on Bath Rd, which is adjacent to Levuka Public School.

If you take a hike up Bath Rd, you will come across colonial houses that gracefully perch upon the town’s steep backdrop of hills.

Here you can inhale the freshest sea breezes that sweep in from the sea.

Residents say that a visit to the old capital would not be complete without a visit or a swim at the famous waterfall at Baba Village.

Those who reside here today are descendants of Melanesian labourers who were brought to Fiji during the dark era of blackbirding.

Their ancestors not only lived here but helped move tonnes of building structures uphill to erect colonial houses on Levuka’s hills.

Reaching the waterfall at Baba requires a hectic climb over a steep flight of the colonial constructed steps, which rewards the climber with a cool dip and magnificent vistas that can be viewed from the beautiful slopes and towering forest trees.

It is believed the Baba pool was built around the 1930s by Colonial administrators and heavily utilised by them during the summer, when the heat was unbearable and a dip in the pool was the best way to beat the humidity and hot air.

To find the source of this majestic waterfall, which cascades with gushing mineral water, you will have to walk a distance from the waterfall.

The only other alternative swimming venue is the Naisosobu waterfall in Waitovu Village, which is a few kilometres away from Levuka town.

Today the Baths, the pride of Levuka during her heyday, are faded charms.

There is definitely a need to restore it to its former glory.

As the Totoga Creek snakes down to the sea, it passes Nasau Park, the current site of the town’s
sports ground and the former site of two old villages, which is believed to have been occupied by the fierce Lovoni tribesmen.

According to a paper prepared for Levuka’s Heritage Listing a few years back, at the time of early European settlement, the villages of Nasau and Totoga were occupied by the Lovoni people, whose power base was in the centre of the island.

The Totoga Village community dispersed in the face of European settlement and subsequently
during the 1840s, they tried to reclaim their lands.

“However, the Tui Levuka overcame them and confiscated their lands,” the paper said.

“The grievance has never been settled and surfaced as civil unrest in 2000, resulting in the
burning of Lodge Polynesia and the Masonic Hall near the site of the former Totoga Village. The
land dispute is currently the subject of negotiation.”

As the creek continues to fl ow, it goes past the Ovalau Club, Levuka Town Council premises, the Levuka Bowling Club, The Royal Hotel before reaching the sea at a place beside the dilapidated municipal market.

Next to the town hall you’ll find the shell of the South Pacific’s first Masoni Lodge built in 1875.

Then, it was once Levuka’s only Romanesque building, but it was razed during the 2000 coup
by villagers from Lovoni.

For generations, local urban legends have alleged that Masons were satanic and observed spooky rituals.

Some stories purported that tunnels led from beneath the lodge and extended to Nasova House, the Royal Hotel and even to theMasonic headquarters in Scotland.