His hope’s in a law degree 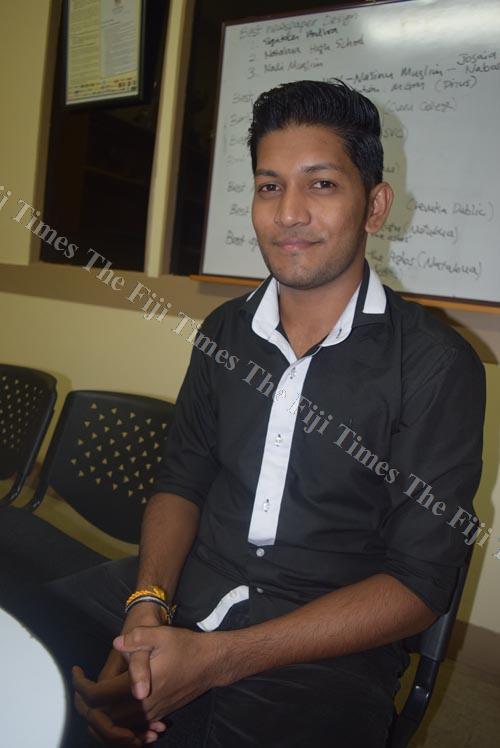 Unal Dev is a law student who has not had it all good but that just makes him work harder. Picture: MATILDA SIMMONS

FIGHTING his way out of poverty was the only thought at the back of Unal Dev’s mind as he works on his law degree at the Fiji National University. The 22-year-old is into his third year of studies and expects to graduate next year.

“It wasn’t easy at all growing up,” said the quietly-spoken law student. “All throughout high school to now, my education were mostly supported by either my brother-in-law, or my uncle. My parents were not well off.”

What made his case interesting is the fact that Unal was a strong science student back in high school. He made the switch after he met an influential judge who made a big impression on him.

“That judge had a sense of justice about him which I admired and I remembered wanting to be just like him,” said a thoughtful Unal.

Brought up mostly by his mother, Roshni Devi, Unal said it was his mother’s silent prayers that got him going.

“When I started studying law, it was very hard. I had to learn all the legal terms; I almost threw in the towel. But then I realised the purpose behind my going for this program — I wanted that goal, to be a lawyer and a judge, and that goal has to be realised,” he said with a grin.

“I don’t come from a well off family. My father was the only breadwinner and when he passed away it was hard on the family. I studied day and night because I knew I was at a disadvantage compared to the other students who were familiar with all the legal stuff.”

While on his way to soon picking up his Bachelor of Law degree, Unal has been actively involved in debates and inter-tertiary competitions. He was recently awarded the Best Debater award at the inter-tertiary debate against the University of the South Pacific (USP) last month.

Organised by the Consumer Council of Fiji and hosted at USP’s Faculty of Business and Economics (FBE), the event marked the World Consumer Rights Day with the theme, “Making digital marketplaces fairer and safer”.

“Our topic was ‘Should cyberspace be regulated to deal with fake news and cyber bullying’,” said Unal. “I was reading the topic and I thought why we should regulate cyberspace when it’s already regulated. Everyone has a right to access it, but a lot of issues have to be taken into consideration.”

Unal credits head of the Lw Department at FNU Ana Rokomokoti for her guidance.

“Her words of encouragement just made me confident to speak in public. She was there for us and it made it easier for my studies.

“This is a great opportunity for me to share my experience to all the students out there. And I would also like to deliver one important message to all the students and that is we all have a purpose to study in schools and universities. The students are lucky to be there and that there are those who cannot make it due to financial problems. Make use of the opportunity given to you to study and make the best out of it,” he said.