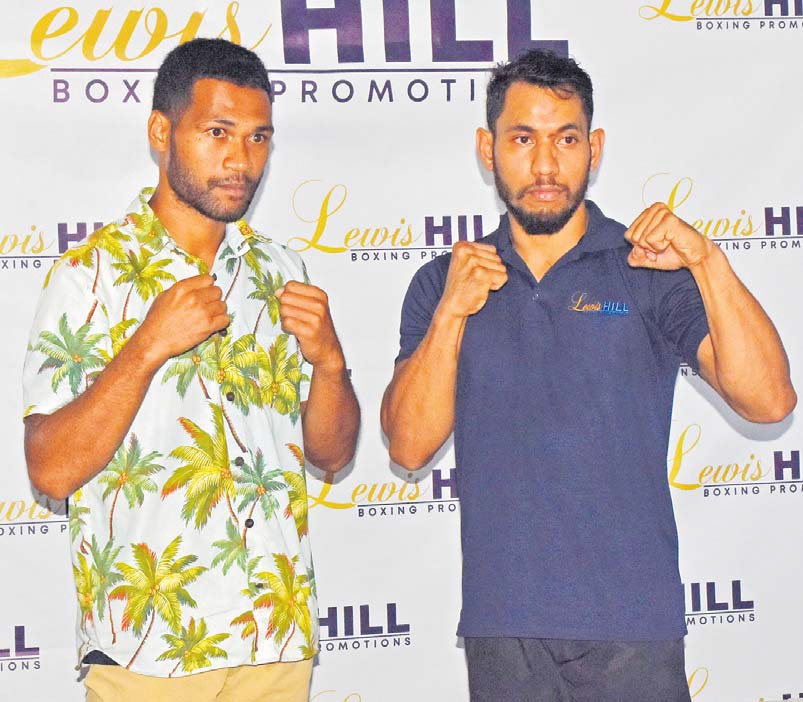 Commonwealth Games silver medallist Winston Hill gets his baptism of fire when he gets into the ring next Saturday for his professional debut.

For Hill, he says he is putting in the hard yards to ensure he gets his pro career started with a win.

“As an amateur fighter the nerves stay with you and I’ve never grown not of it,” Hill said.

“This guy has got a reputation for being a hard hitter. He doesn’t let off until the final round. He says he is coming in fit, that’s a good thing because he better be.

“For me there’s no two ways about it. I can’t have an ‘L’. If I lose, I lose everything so I’m not leaving anything to the judges to decide my fate.”

Daunivavana is training under Marika Bolavucu who he says has got him into shape since his last bout 19 months against Sebastian Singh which ended in a draw.

“I’m very fit right now, there’ll be fireworks,” said Daunivavana, who has 13 bouts under his belt with a record of three wins, seven loses and three draws.

“I’m going for a win, I’m hungry for a win. It’s been a long time that I’ve tasted victory. I’ve never prepared well for a fight like this one.”