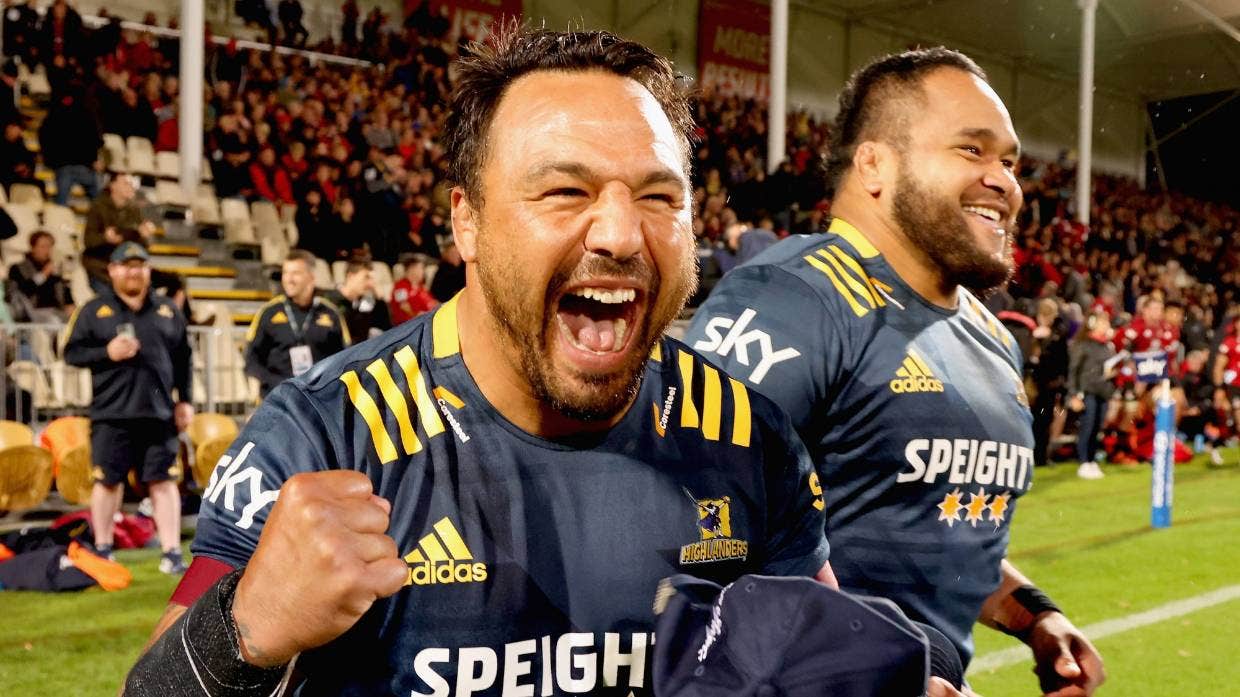 Tony Brown wasn’t interested in looking at the ladder or getting carried away in the aftermath of his team’s remarkable upset win against the Crusaders.

Not after the week they’d had. Highlanders coach Brown was more interested in his team making amends and earning some “respect back”.

“It just sort of rights a couple of wrongs, especially for our supporters, our fans, and past players who have worn the jersey,” Brown said after the 33-12 win in Christchurch on Friday night.

The Highlanders didn’t not just miss a beat without them, they produced one of their all-time great performances to snap a seven-match losing run against their neighbours.

“They will be disappointed. They were disappointed when they found out they couldn’t be selected. They’re a part of our team, and they’ll be dying to get back into training and to try and prove they should be selected,” Brown said.

However, that will be easier said than done ahead of the Highlanders’ home game against the Chiefs next weekend, given the performances of those who filled their boots.

Pivot Mitch Hunt, midfielder Thomas Umaga-Jensen and No 8 Kazuki Himeno were all quality in what was just the Highlanders’ 12th win against the Crusaders since the competition’s inception in 1996.

“That’s rugby. If you give someone an opportunity, and they take that opportunity, then you lose the right,” Brown said.

Another outstanding Highlander was flanker Billy Harmon, who shifted south after he wasn’t offered another contract by the reigning champion Crusaders after last season.

Having scored a try and made a team-high 13 tackles, he admitted he’d long been waiting to have a crack at his old team in his home city.

“No one really gave us a chance this week, but none of that matters, we believed in ourselves. I’ve been dreaming of this moment for a long time, this game, back at my home, and I’ve just got to enjoy the moment.”

Handing the Crusaders just their eighth loss under Scott Robertson since 2017 not only lifts the Highlanders off the bottom of the ladder, it very much keeps their hopes alive of reaching the decider.

Brown credits his leaders for that, given it was them who regrouped the team after Brown laid down the law last week.

“I think it’s the standards we expect, and it’s the standard the leaders laid down at the start of the campaign. Nobody is bigger than the team, team always comes first. I think for us it’s a line in the sand, and we can build from there.

“As soon as we moved those guys on, and we got into our preparation, the leaders did an amazing job this week around setting up our team and creating the belief around coming up here and doing something pretty much all of New Zealand thought was impossible.”

Robertson was quick to congratulate Brown and the Highlanders, knowing full well they comprehensively outplayed his team, which had only lost one previous home game under his watch.

On a night the Crusaders fell flat and lacked accuracy, the fifth-year head coach lamented their 22 errors, many of them inaccurate passes and handling errors.

Now, Robertson’s Crusaders must beat the Hurricanes in Wellington next Sunday to avoid dropping back-to-back games for the first time since 2018.

“Yeah, we pride ourselves on these events not having to happen to get fired up, but it’s definitely a different feeling. We are hurting,” Robertson said.