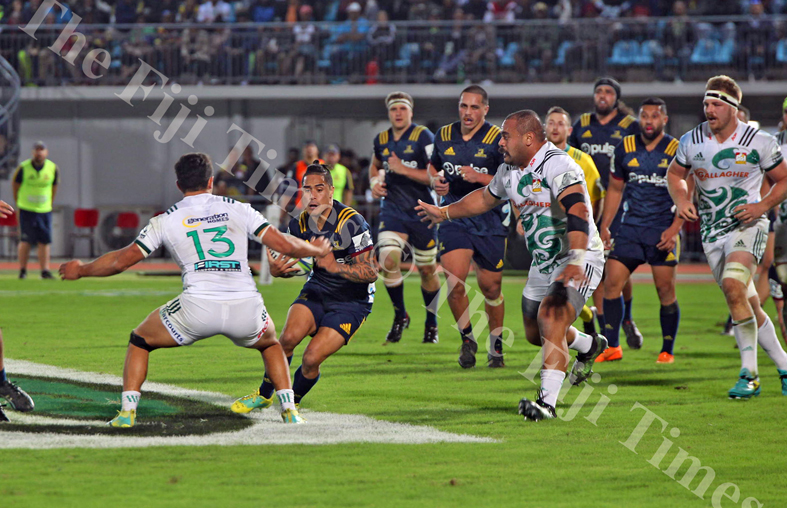 Pulse Energy Highlanders half back, Aaron Smith tries to make his way through the Gallagher Chiefs defence during their Super Rugby match at the ANZ Stadium in Suva on Saturday, June 30, 2018. Picture: JONACANI LALAKOBAU

Aaron Smith has lit the fuse for what could be a feisty encounter between the Highlanders and Reds on Friday, dismissing the Reds’ claim to be underdogs as standard Australian mind games but also questioning whether they can “get back up” after winning Super Rugby AU last weekend.

Reds flanker Fraser McReight told Australian reporters this week the Reds were “sort of underdogs” based on the betting markets set by the bookies, but Smith was having none of that argument before the clash at Forsyth Barr Stadium.

“With the Reds, they’ve just won a comp so they can claim the underdog tag all they want,” Smith said. “They’re the best team in Australia and they are coming here.

“I’ve played plenty of Aussie teams saying that, ‘Oh, we are the underdogs’, but they don’t think that.

“They’re not coming here thinking they are going to lose. That’s just not the Aussie mentality.”

The Brad Thorn-coached Reds are a big, physical side that can fight for 80 minutes, and Smith and Highlanders coach Clarke Dermody both hailed Thorn’s influence in Queensland, noting that he had created a team in his own image.

They beat the Brumbies in the Super Rugby AU final last week on the back of a dominant scrummaging performance and a refusal to lie down, so something has to give in the opening game of the Super Rugby Trans-Tasman competition.