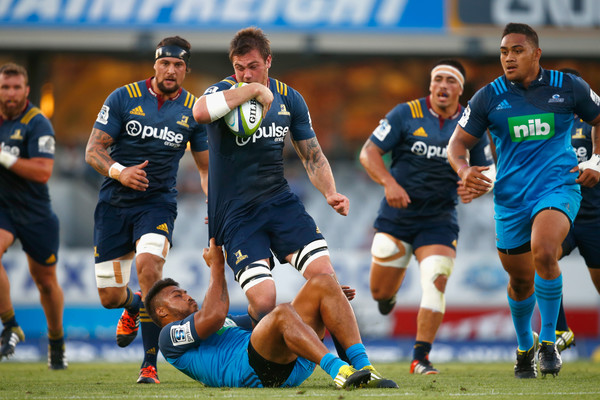 Liam Squire in action for the Highlanders. Picture: ZIMBIO

The cost of insuring Liam Squire has erased Tasman’s hopes of signing the ex-All Black for its Mitre 10 premiership title defence later this year.

Although contracted to Japanese club NTT Docomo Hurricanes for two seasons, Squire has returned to New Zealand due to the Top League competition being cancelled because of Covid-19.

Recruiting the 23-test loose forward, who has played 47 games for Tasman, would undoubtedly be welcomed by rugby followers at the top of the South Island but Tasman CEO Tony Lewis said he won’t take the field for the Mako because of financial reasons.

“The one thing I do know, as much as the media and public speculates, is that the sheer cost of insuring Liam’s participation in the Mitre 10 Cup in case of injury would make it absolutely impossible for Tasman to afford,’’ Lewis said.

Lewis has no doubt Squire, 29, would relish the opportunity to operate alongside his old team-mates and clock-up 50 games for the province but said the insurance premium was too prohibitive.

While Lewis wouldn’t divulge the price for insuring Squire he acknowledged it would be “more than $10,000 – more like tens of thousands’’.

So for now, Squire, a man who loves the great outdoors and pig hunting, will have to keep his rugby gear in the cupboard until the new Top League season starts.

Squire made nine appearances for Tasman last year, and started at blindside flanker when they beat Wellington 31-14 in the premiership final in Nelson.

Former All Blacks captain Kieran Read, who is contracted to Japanese club Toyota Verblitz, recently signalled he was keen to play in the Mitre 10 Cup but in these straitened times it may be difficult for a union to cover his insurance fees.

Read was contracted to Counties-Manukau before he relocated to Japan after the World Cup, but played the majority of his provincial career with Canterbury.

Tasman, which completed the contracting of its players by the end of 2020, will once again be coached by Andrew Goodman and Clarke Dermody.

The union’s 13 fulltime staff have taken pay cuts and head of operations and competitions Steve Mitchell, who has left to take up a position as Southland CEO, hasn’t been replaced.

“Staff have taken a 20 percent cut in salaries and we have reduced 40 percent of the salary line at the moment,’’ Lewis said.

“We are working really hard with our sponsors and partners to make sure we are in a good position at the end of the year, whatever it looks like.’’