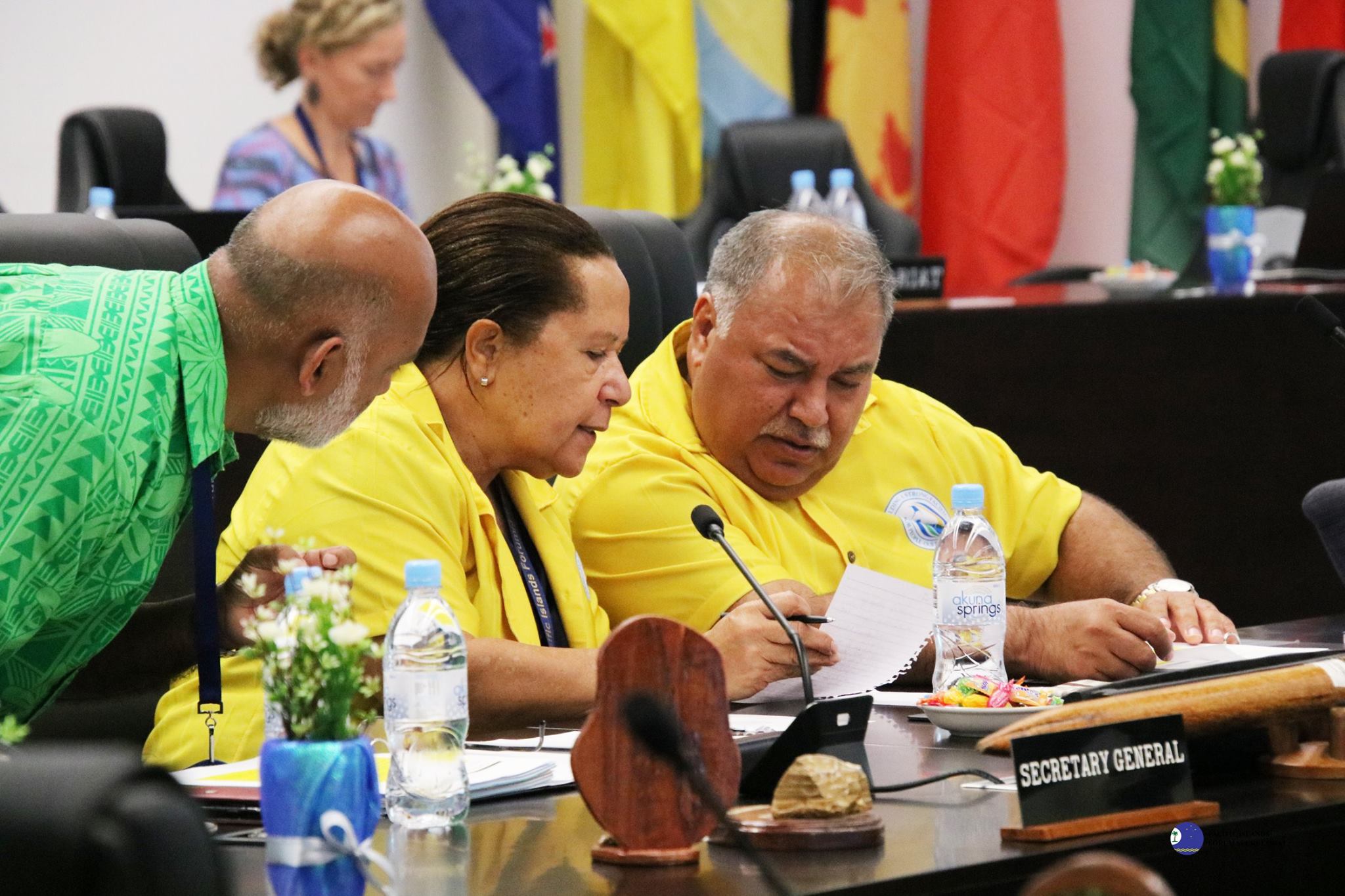 YAREN, 05 SEPTEMBER 2018 (PACIFC RADIO NEWS) – A tense exchange sparked some high-level fireworks at the Forum Leaders summit in Nauru as China’s head of delegation walked out after a flare-up on speaking rights at the Dialogue Partners session.

The exchange raised eyebrows as well as questions over procedural rules of the Forum, and the need for these to be understood.

Media were not at the closed session, but several sources told this reporter the China head of delegation sought to present an unscheduled agenda item on climate change to the plenary shortly after it convened.

The request to speak was cordially refused by the chair, Nauru President Baron Waqa, on the grounds the impromptu request was not in keeping with the process for setting Forum agenda items for the dialogue session.

It’s understood the ensuing back and forth quickly became a heated exchange between the head of delegation and the chair, with China insisting the plenary vote on the request to speak.

An attempt by one of the member nations to defuse the situation by suggesting China could still present at the end of the meeting, time allowing, didn’t get support because Forum officials and leaders were already pressed for time on the approved agenda items.

A witness said the official became so upset, he stood and shouted across the room, and abruptly walked out. His delegation remained, taking up the vacated seat at the main table as the meeting continued.

But the exchange hasn’t gone down well with some Forum member officials and observers in the room.

“I think it’s time the Forum sorts out the rules of procedure so we don’t get this sort of muck-around,” says a senior official who did not want to be named.

“This is not just any space, it’s our space, and its the highest-level Forum of our region” said another, “To have a dialogue partner raise his voice like that at a leader……he was lucky he wasn’t thrown out and removed by security from the room.”

The moment of drama comes on the heels of reports of an angry missive fired off by Samoa’s Prime Minister Tuilaepa Sailele Malielegaoi to the incoming Forum Chair President Baron Waqa, over Nauru’s handling of visa entry permits from the China delegation. While initially rejected for entry, the visa dramas were sorted and no longer an issue by the time news of the visa refusals had leaked and President Waqa faced an afternoon press conference on Monday. Nauru has strong diplomatic relations with Taiwan while Samoa hosts one of the first embassies of China in the Pacific.

But other issues such as the decision by Nauru to ban Australian Broadcasting Corporation journalists from the event, and the subsequent silent protest via boycott from some Pacific news outlets supporting their ABC colleagues, have placed an awkward and poignant question mark over how much control a host country can have over the Forum as a high-level event.

“We’ve got to allow the host country freedom to bring their ownership to the event,” says one official, but we can’t let the forum itself be ambushed by political agendas, games between China and Taiwan, those who want to choose which reporters come, and how they do their jobs. At the end of the day sure, it is up to the Forum. We have had a process in place for more than forty years. But now, this unnecessary drama could be telling us that a review is needed.”