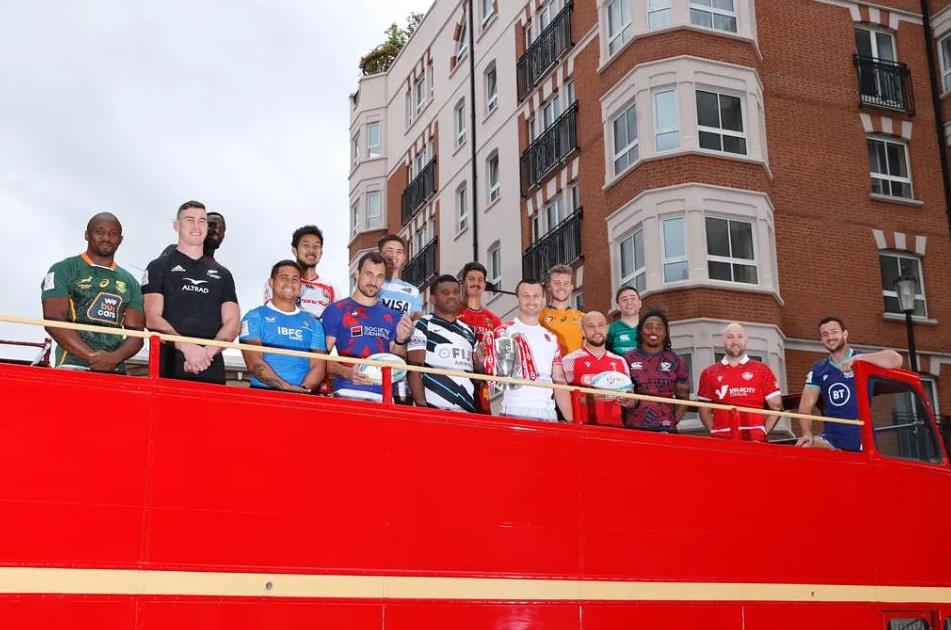 The captains of the 16 teams competing at the HSBC London Sevens at Twickenham Stadium this weekend. Picture: WORLD RUGBY

Hopes are high that the Fiji 7s team can jump to the head of the World Rugby Sevens Series standings if it retains this weekend’s London Sevens title.

The 2019 champion has a new coach in England’s former skipper Ben Gollings, who will try and deny his countrymen their own piece of sevens glory and silverware this weekend.

But oceans away, Gollings have been sent his best wishes to bolster his campaign at his country of birth.

Commodore Tawake, the Commander of the Republic of Fiji Navy, fired a congratulatory message after the win in France last week.

He has confidence in the men’s and the Fijiana 7s team.

“We know we can still win despite missing the two legs. I am glad of the performance of the boys in France. It was Bravo Zulu and of course the ladies as well for the first time have finished third position in the overall series. That is a great achievement as we try and grow women’s sport in Fiji and it gives opportunity for the game to grow more here through sevens rugby.”

“Bravo Zulu” is a Naval signal, conveyed by flag-hoist or voice radio, meaning ‘well done.’ It has also passed into the spoken and written vocabulary, writes Wikipedia.

Fiji sits in fifth place with 87 points after the win in France last week.

Tawake is confident after Gollings successfully plotted Fiji re-emergence last week, his Capital City London will watch in amazement the winning Fijian combination their own son had put together.

“It’s a new team and when we got Ben Gollings onboard, we said we have to be patient. Gollings had been doing the job and it’s paying dividends, but we have some players who have been injured and consistency is the biggest challenge we have to retain top form in London.”

Fiji is the defending champion after winning the title in 2019 before COVID-19 struck.- World Rugby reported that despite missing two rounds, Fiji could yet be in with a chance to clinch the series title as only the best seven from nine results will count towards the final series position in a unique scoring system introduced to ensure fairness in this COVID-19 affected year.

Fiji will face the USA, Spain and Wales in Pool A in London.

“We are really looking forward to playing here in London and hopefully we can back up our performance from last weekend.

“All the teams are getting more competitive tournament by tournament so if you want to win you have to work really hard,” captain Tevita Daugunu said.