High demand for the Raptor series 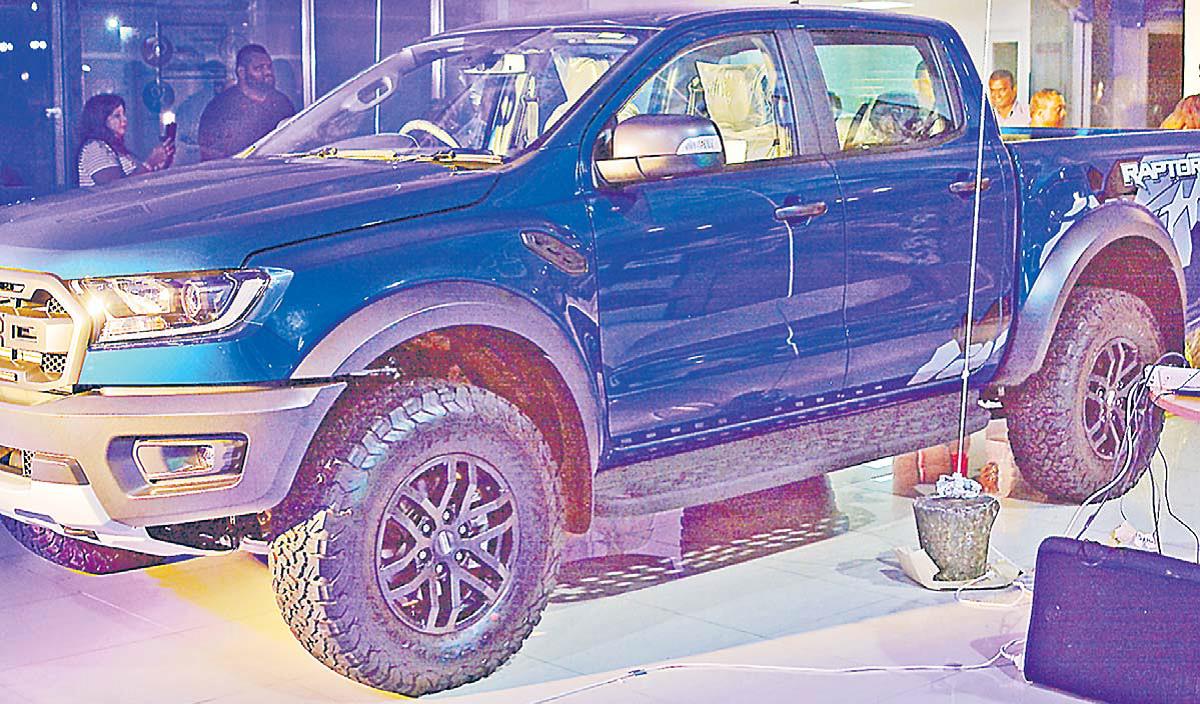 The new 2019 Ford Ranger Raptor after it was launched at the Shreedhar Motors showroom in Vatuwaqa on Wednesday night. Picture: JONACANI LALAKOBAU

ONE of the major automotive dealers in the country this week launched one of their newest vehicles — 2019 Ford Ranger Raptor at their showroom in Vatuwaqa.

Shreedhar Motors Ltd national manager sales and marketing, Jagdish Chand said there had been a huge demand for Range Raptor which had caused a delay in receiving their first shipment.

Speaking at the launch on Wednesday evening, Mr Chand said they were supposed to receive their first shipment in October last year.

“Bargain Box is our first customer to buy a Raptor but unfortunately their Raptor is arriving mid of next month,” he said.

Information provided at the launch state that the Ranger Raptor had been developed with Ford performance DNA for right up to off roading skills and the Ford Ranger Raptor also strengthens Ford’s commitment to delivering tough and smarter pick-ups to Asia Pacific Customers and with the new Ranger Raptor Ford is giving customers an ultimate truck that is tough, smart and more fun than ever before.