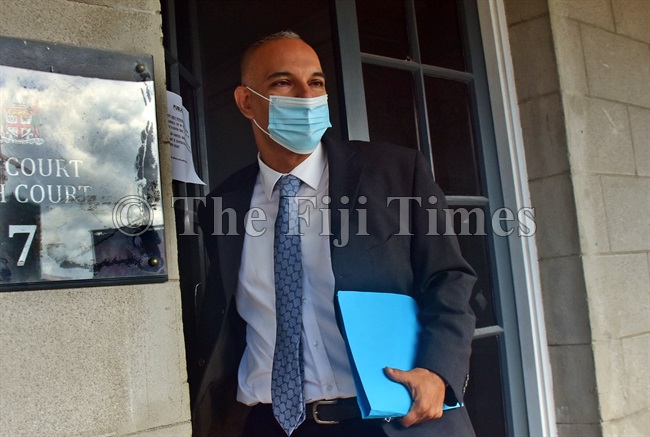 The High Court in Suva yesterday issued a bench warrant against Lautoka-based human rights lawyer Aman Ravindra-Singh after sentencing him to 10 months imprisonment for a contempt of court charge.

The committal proceedings were brought against him by Prime Minister Voreqe Bainimarama and Attorney-General Aiyaz Sayed-Khaiyum, after Ravindra-Singh failed to pay them $120,000 in damages ordered by the court.

The defamation case in 2020 followed a complaint about a Facebook post by Ravindra-Singh where he referenced the PM and A-G as ‘violent Voreqe and korrupt Khaiyum’.

The PM and A-G alleged that Ravindra-Singh was in contempt of court for not complying with a court order that he pay them the $120,000 in damages to their reputations, not immediately removing the defamatory post and not issuing a public apology.

Ravindra-Singh had earlier argued he had complied with all of the orders except for the monetary payment.

He also said committal proceedings could not be used to recover funds.

In the written copy of the sentence, Justice Nanayakkara said Ravindra-Singh continued to use ‘violent Voreqe and korrupt Khaiyum’ in reference to the PM and A-G in 31 Facebook posts even though the court had earlier found those terms to be defamatory.

“His continuous usage of the said defamatory terms on 31 Facebook posts despite being fully aware of the judgment of Justice Senevirante shows his hostility to the court as the means afforded by Government for the administration of justice, contumacy towards the court and towards its judgments and its disobedience is in such a character and in such a manner as to indicate a contempt of court rather than a disregard of the rights of the adverse party.”