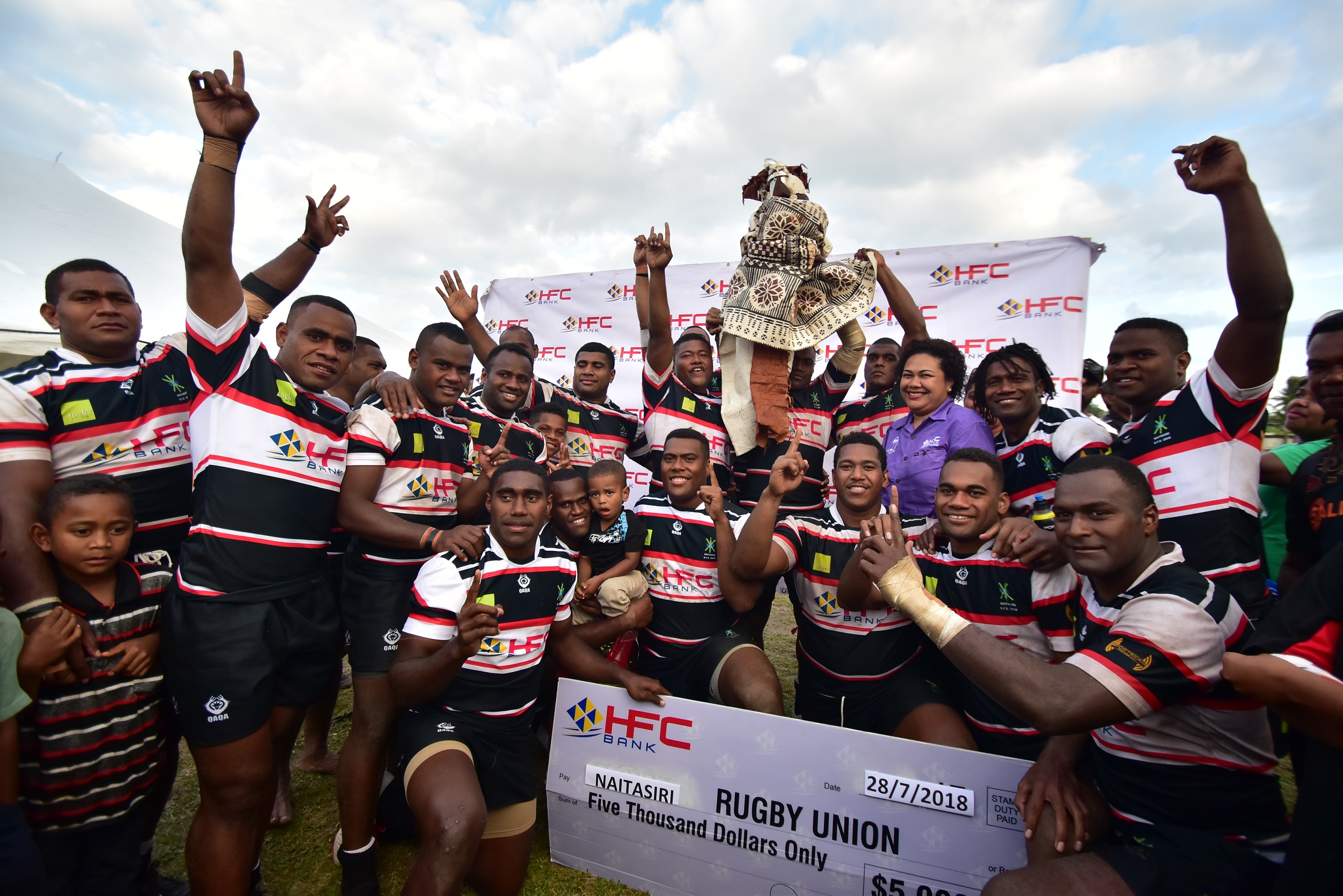 The Naitasiri team celebrate after they won the HFC Farebrother second challenge in Navua. Picture: RAMA

A RED and four yellow cards was flashed during the 2018 HFC Bank Farebrother Challenge Trophy clash between defending champion Namosi and Naitasiri.

Namosi had its worst nightmare to keep the title at one stage playing with 12 players compared with Naitasiri’s 14 warriors on the field. Namosi coach Akuila Nasi said indiscipline was the major downfall for the team.

“The indiscipline got us down in the match and at one stage we had 12 players which took a toll on the team.”

Naitasiri flanker Maciu Vakacabeqoli was also yellow-carded for off the ball incident.

The hillmen were trailing 18-20 towards the end of the match when Naitasiri was awarded a penalty inside Namosi’s 22 metre territory when he successfully bagged three points to go past the home side.

Warhorse Nasoni Roko scored first for Naitasiri in the end before Namosi’s Alifereti Veitokani levelled the scores to 5-all.

Douglas kicked two penalities for Naitasiri while Veitokani kicked a penalty in the first half.

Naitasiri led 11-8 at the breather.

Namosi played with more urgency in the second half and managed to score two tries through Atunaisa Maiono and Ratunaisa.

Naitasiri scored through Douglas and converted by the man of the match Frank Lomani.

Naitasiri assistant coach Sailosi Naiteqe praised the players for the win. “I am proud of the win after seven years.

It was when we won the Farebrother Trophy from Nadroga,” Naiteqe said.

“The players were told to play rugby from their heart and make points when it was possible in the match. I told the players at the half time to play simple rugby and pressure them.

“There are a lot of areas to improve since rugby is a mind game.”

Nadroga will challenge Naitasiri in the third match.