Helping others – A clear view of his future 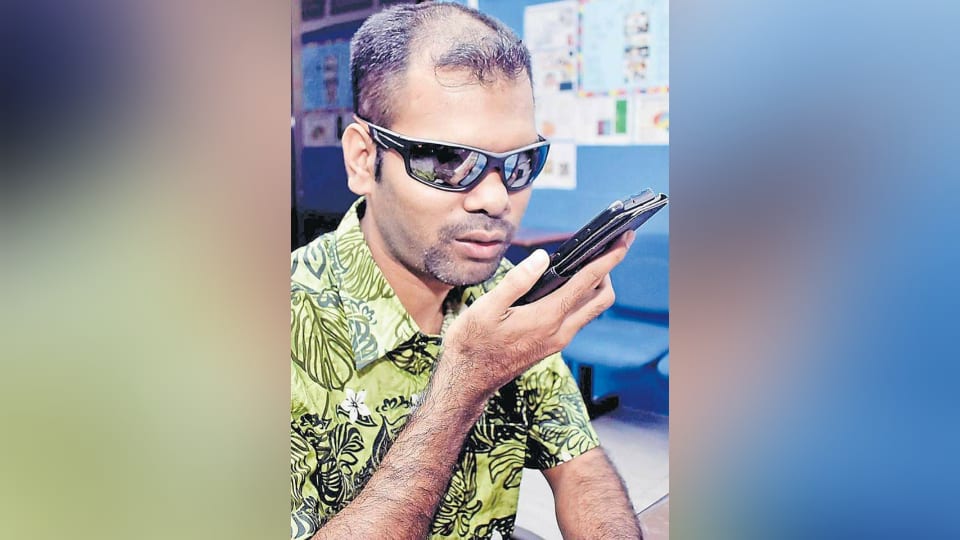 Being visually impaired is a huge challenge. But to endeavour to make a difference in other people’s lives despite the setback, takes a whole lot of courage.

Lautoka School for Special Education (LSSE) visually impaired teacher Krishneel Sharma overcame numerous obstacles to do just that. Mr Sharma lost the use of his eyes when he was 10.

He said overcoming the fear of not being able to see after a decade of sight was hard but overcoming that fear pushed him to help others in a similar situation.

“I was diagnosed with an eye disease at the age of 10, and eventually I lost sight in both eyes,” he said.

Mr Sharma described that day he lost his vision and could only see colours as “a very sad day”.

“I could still see my parents and siblings’ faces from memory but as days went by I felt hurt and was frustrated at not being able to laugh with friends in the play ground.

“It was very difficult to digest. It took me probably a year to come to the realisation that I would have to live like this for the rest of my life and I just had to adjust and live with it.”

He said after his education at Fiji School for the Blind, he joined DAV College in Ba- a mainstream school where initially it took some time for him to adjust with students who were not visually impaired.

“My family were always there for me, my brothers and sisters guided me a lot during my initial days, after losing my eyesight.

“After losing my eyesight, my mother became my biggest strength and motivator.

“Although she is no longer with us, she was the one who pushed me and made me realise that education would eventually become my light at the end of the tunnel.”

Mr Sharma said he completed his tertiary education at Fiji National University and was fortunate to get a scholarship for a leadership course to Japan for 11 months.

“This is my second year of teaching at LSSE, where I am currently teaching three students who are visually impaired like me and one of them is also autistic.” Mr Sharma said he has not let his eyesight issue hinder him from enjoying social activities.

“I play modified sports such as blind soccer, sound table tennis. I like listening to music, reading articles, using social media websites such as Facebook which is possible through screen readers which can be installed on phones or laptops.

“Screen reader allows people who are blind or visually impaired to use their devices with ease.”

Mr Sharma said he hoped for more opportunities and services for people who were visually impaired and dealing with other forms of disability.

“Our society, employers and almost everyone should not look down upon someone who is suffering from any form of disability, but instead empower them to become a better person and I hope my story does shed some light on that.”

He said he hoped to get married and have a family of his own. Mr Sharma is the sole breadwinner and lives in Vitogo, Lautoka, with his father.