Help each other, pope tells prisoners at foot washing rite 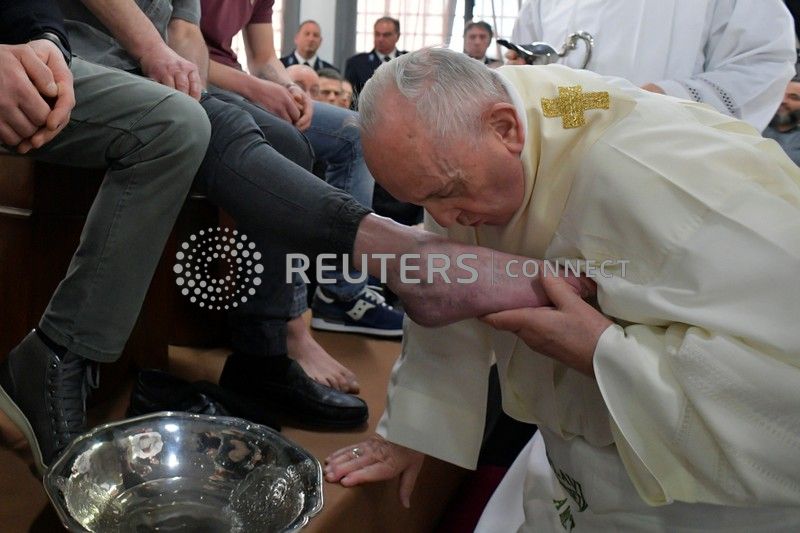 Pope Francis kiss a foot of an inmate during the celebrations of the Holy Thursday at the District House of Velletri prison, in Velletri near Rome, Italy, April 18, 2019. Vatican Media/­Handout via REUTERS

ROME (Reuters) – Pope Francis washed and kissed the feet of 12 prisoners on Thursday at a traditional service, telling them to shun any inmate hierarchy structure or law of the strongest and to help each other instead. Francis’ predecessors held the traditional Holy Thursday rite in one of Rome’s great basilicas, washing the feet […]