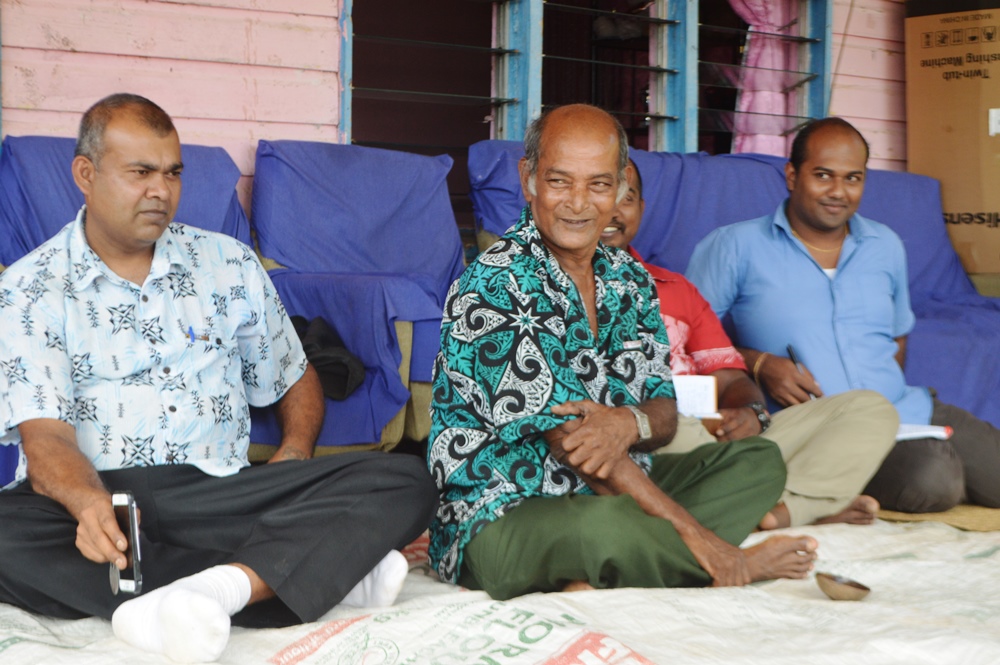 Farmers in Bulileka during a talanoa session with Dr Reddy this morning. Picture: LUKE RAWALAI

FARMERS of Bulileka outside Labasa are already feeling the brunt of deforestation as heavy silting affects waterways in the area.

The area’s advisory councillor Ram Chandar told Minister for Waterway Doctor Mahendra Reddy that heavy silting was a problem with farmers in the area.

“Following floods farmers have to deal with silt that is deposited in their farms which are situated along the riverbanks,” he said.

“It is quite a costly exercise and we think that deforestation near riverbanks need to be stopped.”

Dr Reddy said the problem was faced by farmers everywhere in the country.

He reassured farmers in the area that they would look  into the matter.