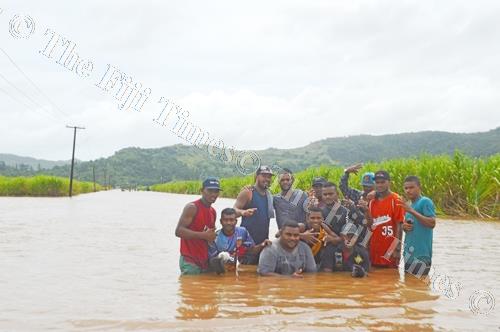 HEAVY rainfall associated with Tropical Depression 13F brought flooding across the Western and Northern divisions on Saturday and most of yesterday.

Those affected were forced to leave their homes as water levels rose, and in other areas roads and accessways were closed to all traffic because of fast-flowing floodwaters.

Landslides were also an issue with reports of slips in Nadi and Lautoka.

With TD13F expected to intensify overnight into a possible Category 2 tropical cyclone, supermarkets and hardware stores around the division were filled with people stocking up on food in preparation for power and water outages and building materials in an effort to reinforce their homes.