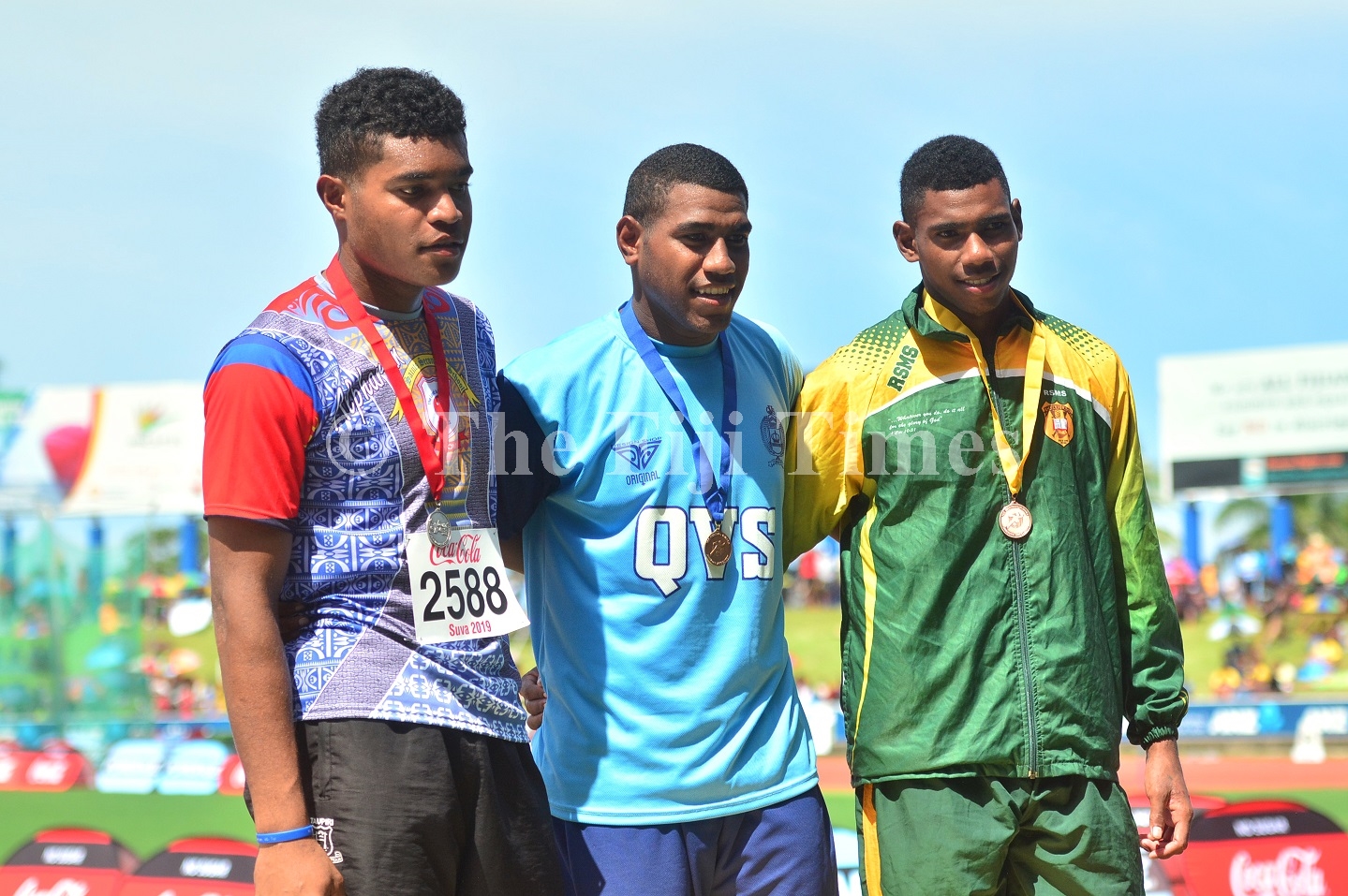 Tupou Lecanavanua of QVS with with his gold medal after winning the senior boys discus throw. He is flanked by Orisi Somumu of All Saints Secondary School with silver (left) and Timoci Tukana of RSMS with bronze. Picture: JOVESA NAISUA

QUEEN Victoria School headboy Tupou Lecanavanua led by example when he claimed the only gold medal for QVS in the senior boys discus.

Despite the two silver medals accomplished in the second day, Lecanavanua had no choice but to win a gold medal for the school.

“I know it’s my duty as the headboy is to lead by example and I told myself before the finals that I will take the gold medal not for me but for my school. Even though we were down we’re not out and I hope that this achievement will make the students and the teachers keep their heads high because next year will be better,” he said.

“We went through a tough time during training because we didn’t have the equipments for training and we had to ask from the neighbouring school but I’m glad we’ve claimed a gold medal.”

The Matuku lad from Lau challenged the students and future athletes of QVS to bring back the lost glory in next year’s Fiji Finals.

“To all the athletes that will participate next year, I hope that you will do better than this year and put our school name on the top four of the boys medal tally,” Leca said. .