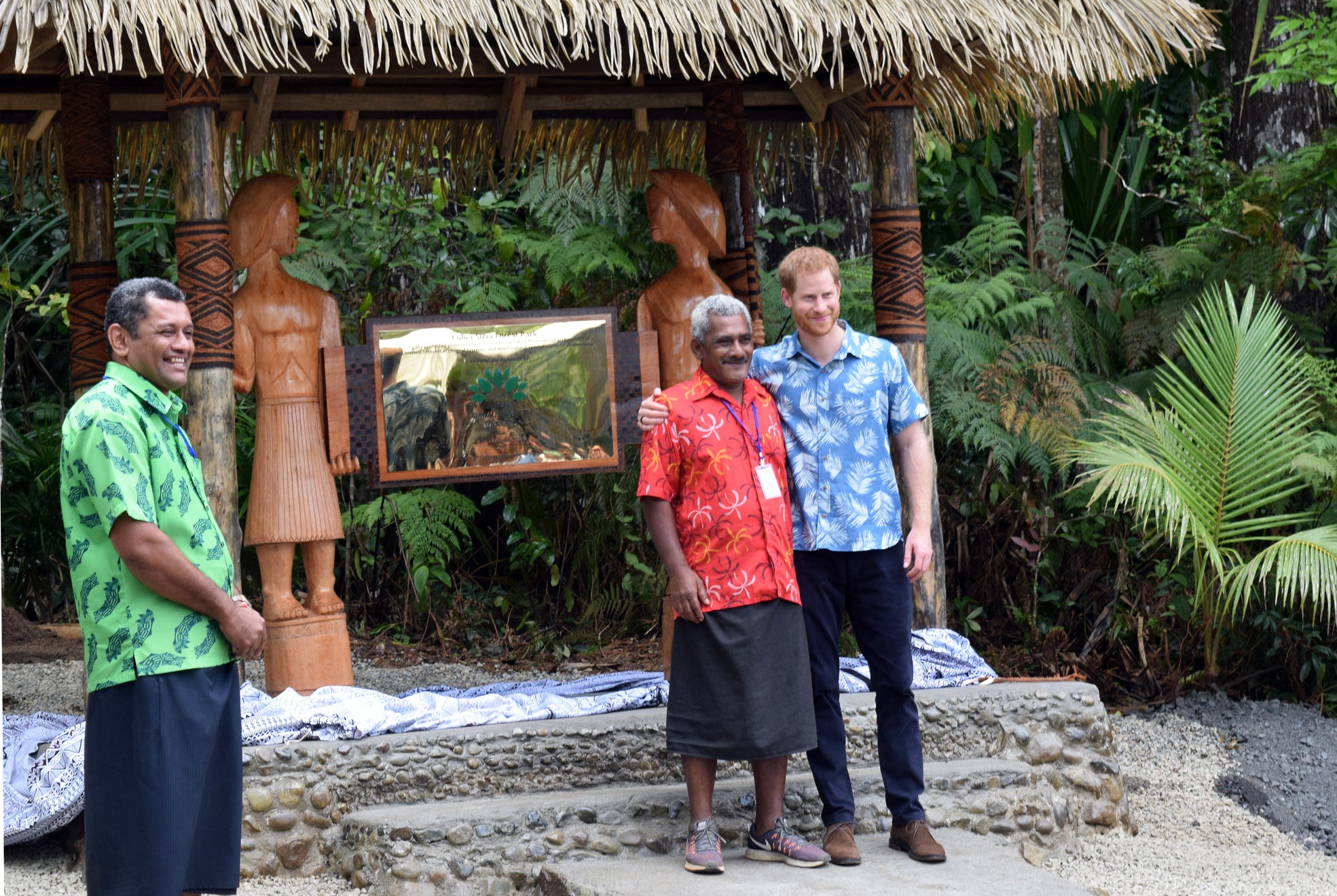 BEFORE Sevuloni Muritovo left his home yesterday morning, he said a silent prayer to be able to meet and shake hands with the Duke of Sussex, Prince Harry.

His prayer was answered and he got more than what he desired.

Following the unveiling and dedication of the Colo-i-Suva Forest Park as part of the Queen’s Commonwealth Canopy, the sixth-in-line to the English throne then requested to meet the man who had crafted the plaque.

“You made this?” he asked Mr Muritovo as the Prince shook hands with the 52-year-old.

“Yes” was the reply.

“May I have a picture with you,” Prince Harry kindly requested much to the excitement of the Fulaga native from the Lau Group.

In September, Mr Muritovo was approached by the Ministry of Forests to carve the plaque.

He said it took him two weeks to complete.

“When I came this morning, I prayed and asked the Lord if I can meet the Prince and shake hands with him. And today is an exciting day I will never forget,” he said with a smile.