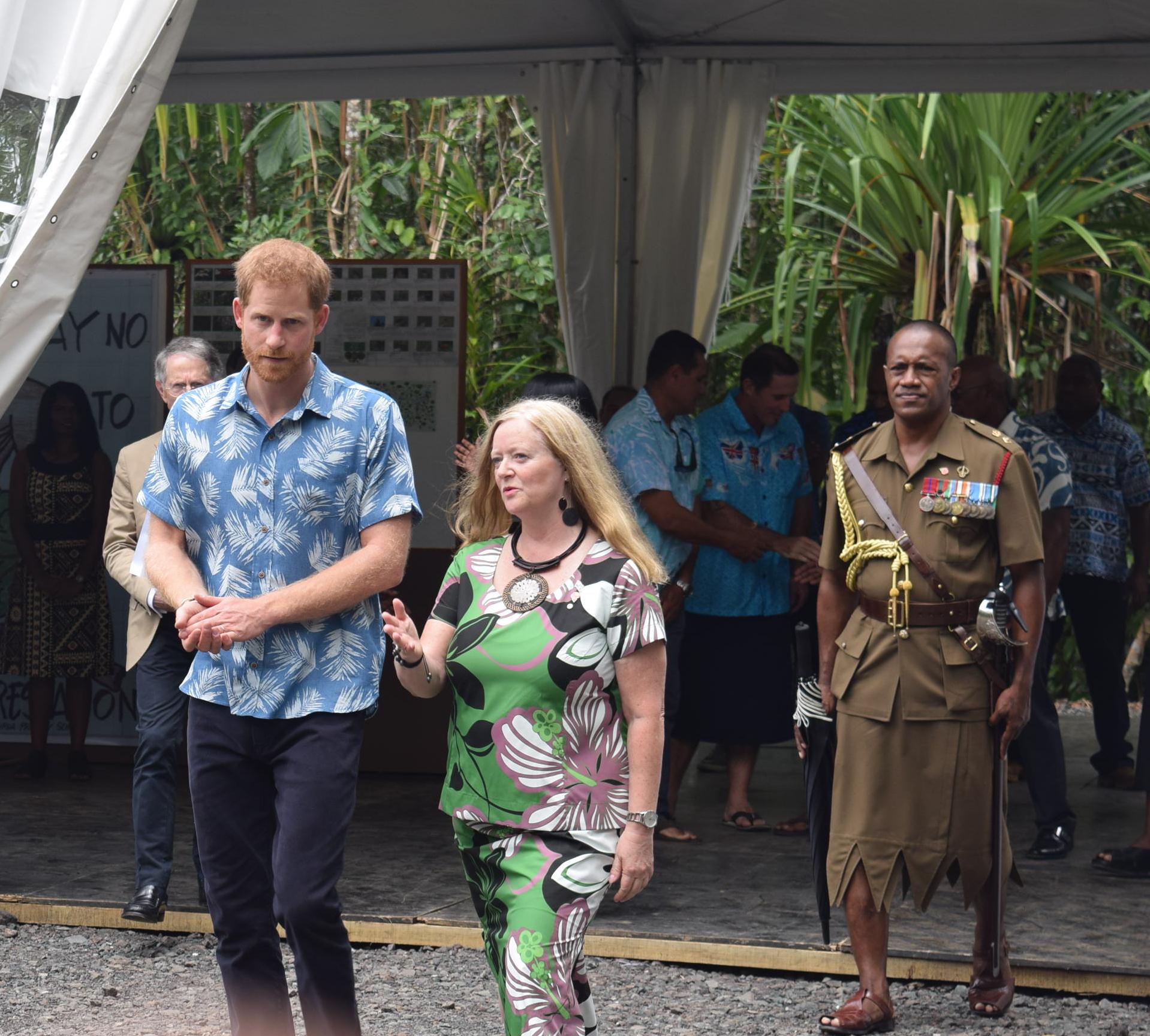 The Queen’s Commonwealth Canopy is a project that aims to link all 53 Commonwealth countries in a canopy of sustainable forest conservation initiatives for future generations. Fiji becomes the 43rd commonwealth nation to be dedicated into the canopy.

Speaking at the event at Colo-iSuva, Prince Harry said it was encouraging to see how many countries had joined the initiative that his grandmother had made to preserve forests throughout the commonwealth.

“Forest is crucial for the survival of our planet and all Fijians should be proud of your largely unspoilt environment. However climate change is having a significant impact on Fiji,” he said.

The Duke spent several minutes walking around the tents set up at the forest park where he observed various traditional handicrafts made from trees that grow in the forest and at one time had a hand in pounding the kava alongside the Fijian boys. Before he chatted with students from Tamavua Primary School.