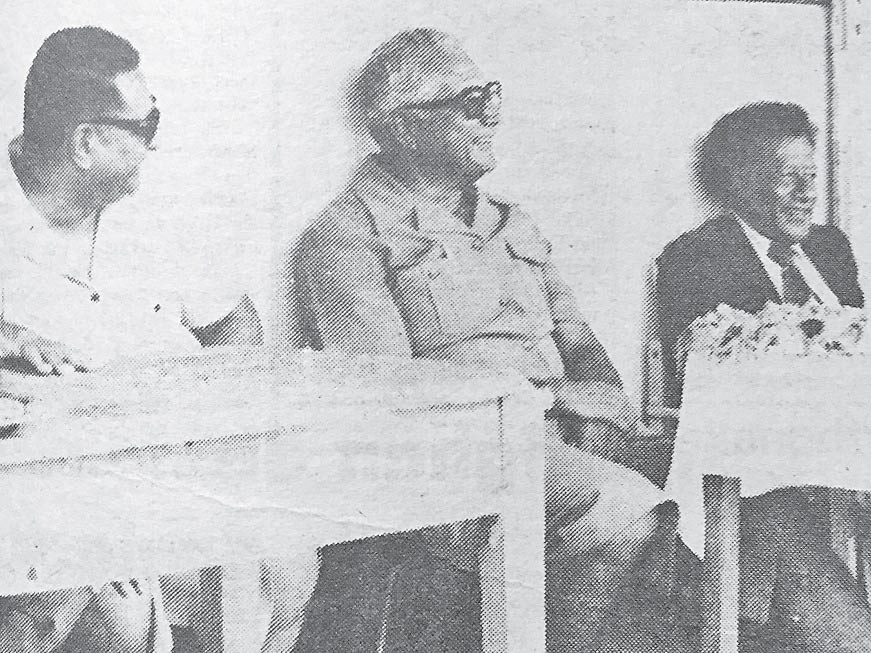 Ratu Sir Kamisese Mara while opening the Fijian Association convention at Vunidawa, Naitasiri, in February, 1980, stressed on the role of traditional Fijian leaders in bringing young people together by showing them their traditional responsibilities.

The Fiji Times, while covering the event, relayed the late prime minister’s message in its February 8, 1980 article.

The Prime Minister, who was at the convention at the Naitasiri Junior Secondary School, said young people should be shown that traditional values, including communal solidarity, had a place in this modern age.

Ratu Sir Kamisese said that given the adaptability of Fijian social institutions, traditional leaders could do much to bring the youths together not only to show them their traditional responsibilities but more importantly to demonstrate their traditional values.

The article said that 25 of those young people were from Kadavu, Lau and Lomaiviti and more than 50 per cent wanted to join the army, navy or the police force. He said they showed in a dramatic way the problems of unemployment.

He said parents had played their part in providing education for their children, although not providing them employment.

Ratu Sir Kamisese also said the opening up of land had been and would continue to be a major feature of their development policy in 1980.

He said work on the hydro-electricity project at Monasavu was proceeding well and that the government had decided that work on the second power project would commence.

“The willingness of the Fijian landowners to see that the hydro-electricity program proceeds is very much appreciated,” he said.

“And as the work progresses, much land are opened up and become available to more intensive use.

“It gives us the opportunity to properly organise the settlement of our land.”

He said 20 years ago, much of the talasiga land in the Western district was considered of little or no economic use.

He said pine planted on the talasiga land would be of considerable economic value and might well challenge the dominance of cane in the country.

“Perhaps timber of a different species might well form the basis of a new industry in the Naitasiri area.

And Naitasiri could well become the base of ethanol production with cassava and feed stock, should this project become viable,” he said.

He said food crop cultivation was already a major contribution of Naitasiri to the welfare of the urban work force and the ginger cultivation had interesting possibilities for further processing.

“These are only some of the lines of activities in which the energies of our youth could be directed.

“We have the organisation, we have the land, we have local traditional leaders of influence and stamina. These need to be harnessed and given some guidance, support and sympathetic advice.”