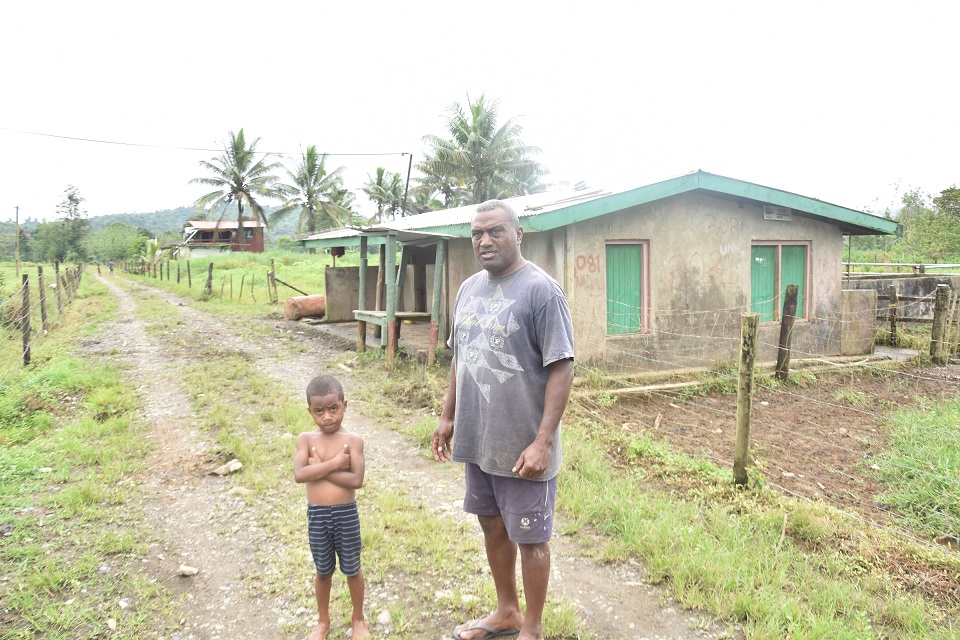 A SMALL-scale dairy farmer believes there is profit in any business if you work hard and have a savings plan.

Veniasi Moroca looks after his family dairy farm — Burenicava Farm — in Serea, Vunidawa, Naitasiri Province, and the income received from the milk has enabled him to pay for his daughters’ education.

Mr Moroca and his brothers have planted dalo since 2008 on their 40-acre land and they ventured into dairy farming in 2011.

Now he plants dalo on 10 acres while the rest of the 30 acres is used as grazing land for his 22 milking cows.

“With my 22 milking cows, I am able to get as much as 400 litres of milk daily and with the increase in the milk price paid to farmers, my income has increased too,” he said.

Mr Moroca said he used to get 78 cents per litre but now that had increased to $1 per litre.

He said he usually deducted the cost of feed for the cows with a portion of the income ploughed back into the business with some saved.

“We have two boys who work for us at the farm and they milk the cows every morning and afternoon. We still milk the cows manually and we pay them $100 every week.”

Mr Moroca said he had plans to continue with the dairy farm because it was a good source of income for him and his family.

“The milk is collected from the farm by the FCDCL (Fiji Cooperative Dairy Company Ltd) and our payment is deposited in our bank account.

“Apart from the dairy farm, we have planted 50,000 dalo which is ready for harvest.”

He said the Ministry of Agriculture had assisted him and provided barbed wire for fencing the grazing land for the cattle, but he had plans to request for assistance in acquiring a milking machine.

Two of Mr Moroca’s daughters are enrolled in tertiary institutions and he said he had paid for their tuition fees from the income he made through his dairy farm.

“Since the money is deposited in our banks, it has been easy for me to draw up a savings plan and we make sure we are able to keep aside enough for our daughters’ education.”

Mr Moroca is also the turaga ni koro for his village and he said there were five other small-scale dairy farmers in the village.

“My advice to the indigenous people is that if they have land available, they should make good use of it. The Government is encouraging farmers to increase milk production and this can be done if more people join the industry.

“It’s good money and is helpful for us and our families.”

He said similar to any other business, dairy farming had its share of challenges which could be overcome.

“The dairy industry has been affected by the disease in cows — last year I lost one milking cow to TB but I have not lost hope,” he said.

He encouraged more farmers to join the dairy industry to boost milk production.

FCA has to strengthen investments in Italy to seek state-backed loan: Economy Minister