‘Hard work and determination are the main keys’ 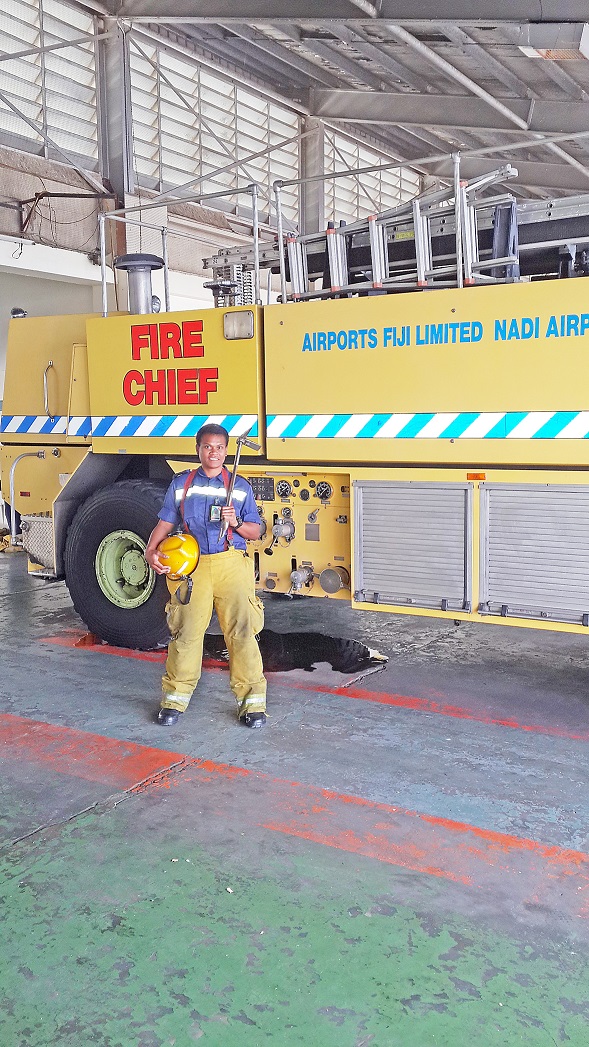 THE values and important teachings instilled in a child from a young age moulds them to become a better person.

This begins at home where parents and elders teach their children the basics and the importance of valuing life because they all want a bright future for their children.

Maraia Mayanavanua is a true testimony to this because the discipline instilled in her from her young days enabled her to become a successful person in life.

The Cautata, Bau lass is a senior aviation firefighter at the Nadi International Airport, a job she had never dreamt of achieving.

It was her dream career to follow her father’s footsteps and become a soldier, however, God had other plans for her and she counted herself blessed to be working in a male-dominated industry and be an advocate for her other female advocates, that they can do anything men can do.

She is first female senior firefighter and also the first to drive a 92TA 585 BHP 8V turbo charged Detroit diesel engine vehicle (known as E-One) at the Nadi International Airport.

As an aviation firefighter, she also mainly concentrates on aircraft landing and take-off and also all aircraft parking in the vicinity of the aerodrome irrespective of size and also the safety of the passengers.

The service in general not only covers fire/emergencies/accidents of aircraft but also structural fire, water rescue and medical emergencies.

“I have always wanted to become or follow my father’s footsteps and be in the military as discipline, time management and fitness had already been installed and taught to me by my father at a very young age,” she said.

“This career is challenging in all aspects — mentally, spiritually and physical, something I know I will gain a lot from. “I have been a senior aviation firefighter for seven years now and my dear mother Seruwaia Watilogauli is my pillar of strength as she is always working and serving God.”

She also thanked her family, church and her extended family for moulding her to be the successful person she is today. She said her father had always told her to rely on God as he was the provider of everything on this earth.

“It’s when you’re in your youth days that life becomes very vulnerable. Just do the right thing at the right time. My youth days were shared mostly with youth leaders at IFTGC Peni and Atelaite Toanikeve.

“Anyone can do and become anything. It takes discipline, concentration, a lot of sacrifice and following the right crowd.

“Never think little of you. God, hard work and determination are the main keys a youth must possess for a bright beginning and a better future.”