Harassment by shoeshine boys should be reported 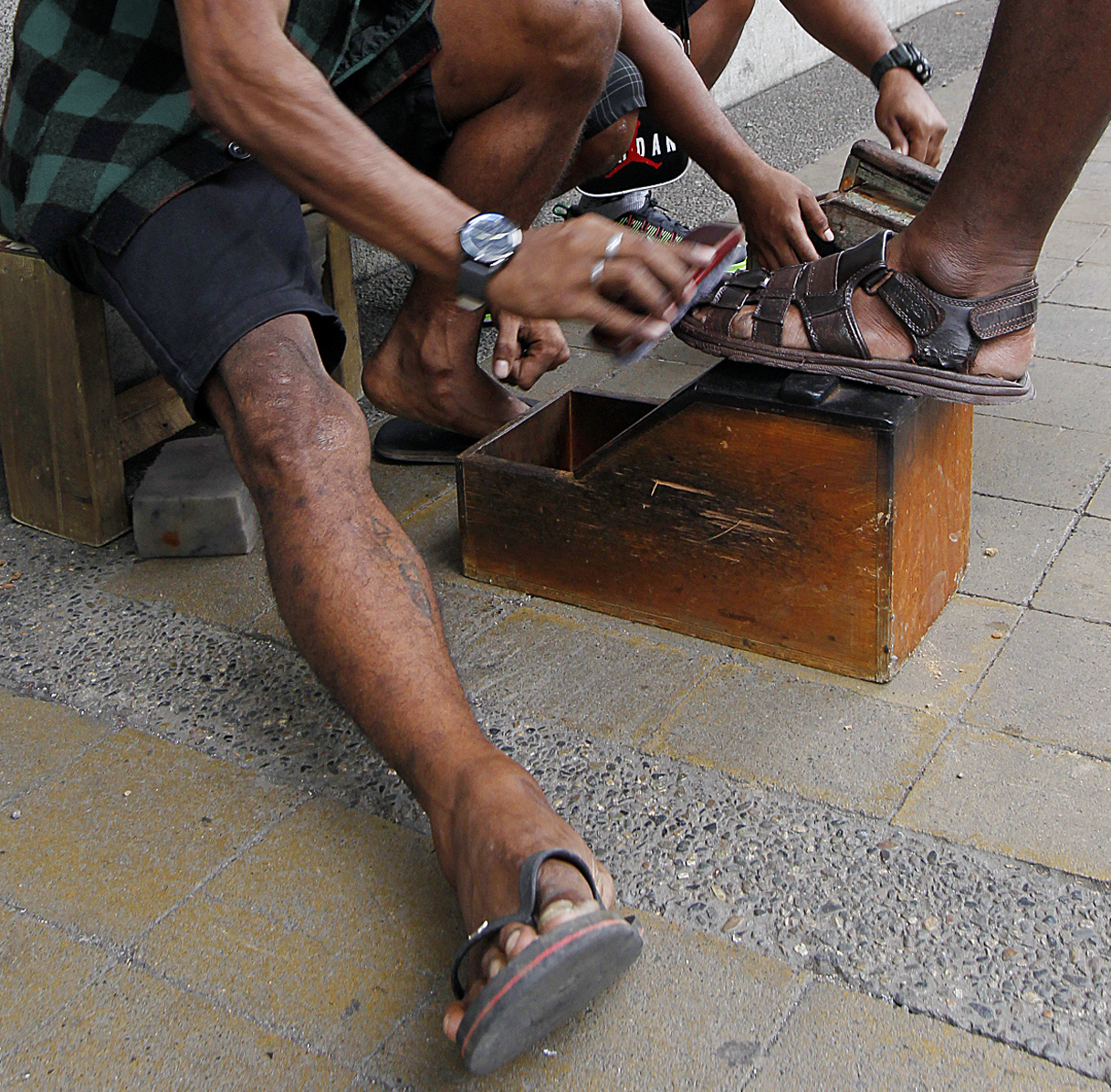 If you are harassed by shoeshine boys on the streets, report the matter to police. Picture: FILE

IF you are harassed by shoeshine boys on the streets, report the matter to police, advises police spokeswoman Ana Naisoro to people visiting Suva City.

This was after concerns were raised to this newspaper by members of the public of “some shoeshine boys becoming a public nuisance”.

Ms Naisoro said police worked closely with the Shoeshine Boys Association to raise awareness about how to go about their business.

“They are part of an association that works closely with our community policing team as well as the wheelbarrow boys,” she said.

“Therefore, it would not be fair to say that they are all categorised in the same group as those harassing people.”

Ms Naisoro said if people were being harassed, they should immediately alert the police.

Some members of the public who spoke to this newspaper on the condition of anonymity claimed some of the shoeshine boys were part of a network targeting vulnerable shoppers by pickpocketing.

They claimed that the boys would operate in groups and upon robbing someone, they would pass the wallet to one another to evade apprehension.